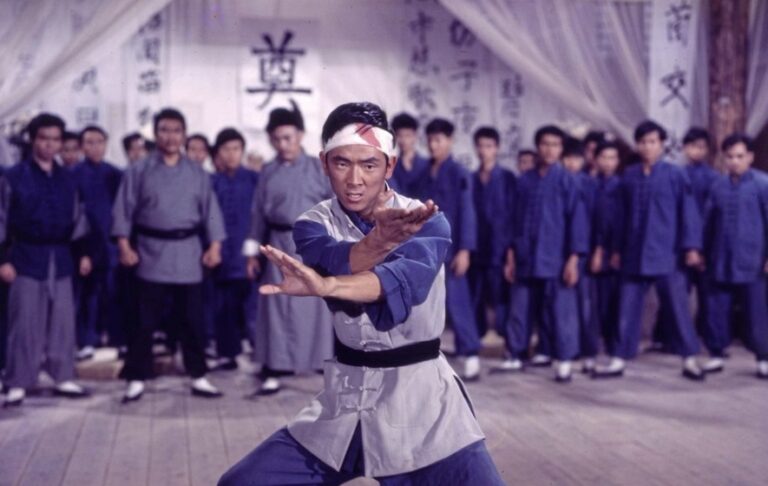 The Martial Arts cinema world lost one of it’s original stars of the genre today with the passing of actor Wang Yu (aka Jimmy Wang Yu) who starred in many of our favorite films. Born March 28, 1943, Wang Yu was a Taiwanese actor, film director, producer, and screenwriter. Wang rose to fame in 1967 with his starring role in One-Armed Swordsman, a martial arts film produced by the Shaw Brothers Studio, and The Chinese Boxer.

The first film that I had seen with Wang Yu was One Armed boxer (1971) which I absolutely loved but it was Chinese Boxer (1970) which really made me want to follow his career. From there I dove into One-Armed Swordsman (1967), Golden Swallow (1968) alongside actress Cheng Pei-Pei and countless other films including The Desperate Chase (1971), Beach of The War Gods (1973) and Master of The Flying Guillotine (1976).

Back in 2015 while on the Hot Peas & Butta Germany tour, I had the pleasure of presenting a double feature film screening on the big screen of Master of The Flying Guillotine on 35mm in Köln as one of two films on the evening that were an influence on me growing up.