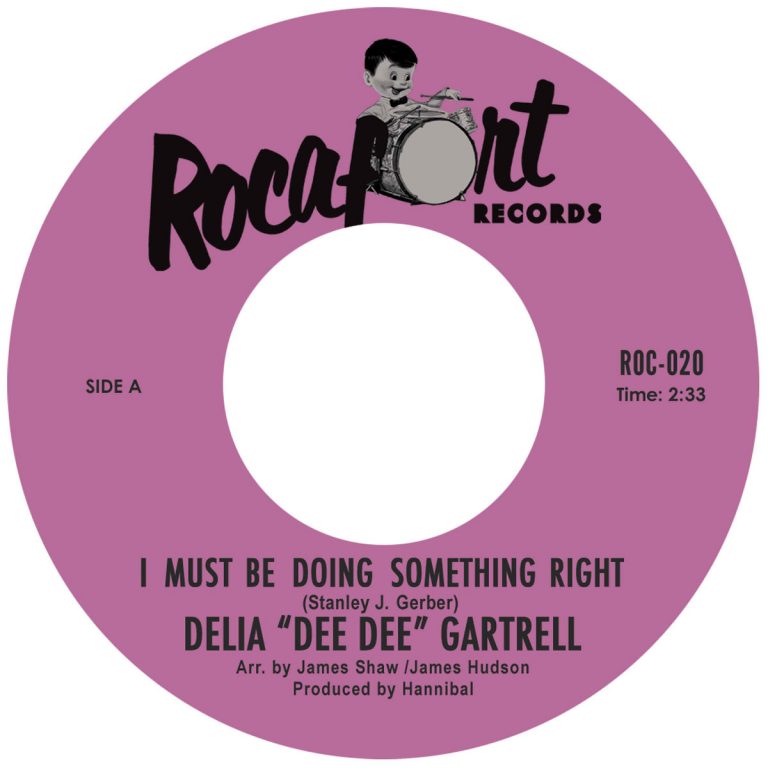 Delia Gartrell – I Must Be Doing Something Right

Rocafort Records has been doing a fine job of pairing up tough cuts from artists to make perfect 7″ double siders for maximum carry out and usage. Their latest and both have been heavy spins in previous times from me comes from soul sister Delia “Dee Dee” Gartrell with “I Must Be Doing Something Right” b/w “Fight Fire With Fire”.

Another 1960s 7inch soul gem, unearthed and held up to the light courtesy of Rocafort Records. The heroine of this story is Atlanta-born Delia ‘Dee Dee’ Gartrell, schooled in the art of gospel and jazz, but banned by her mother to sing any R’n’B…. that is until Delia met the Mighty Hannibal, a powerhouse bluesy soul producer and future husband who put her up where she belonged and got her singing about stuff that her mother wouldn’t have approved of.

Mid-tempo stomper, ‘I must be doing something right’, is an irresistible sassy classic, originally the B side of the single ‘If you got what it takes (they can’t take what you got)’ released on Maverick Records. The horns and drums tease the toe-tapping rhythm along while Delia belts out with raw fire about not being a great looker, cook or housecleaner for her man, “but when it’s time for sleeping, he thinks I’m something outtasight. I must be doing something right”. Cheeky in spirit, chunky in swing. Full of all the urgency and feistiness you’d expect from a repressed southern soul vocalist.

Written by Delia and Hannibal, ‘Fight fire with fire’ boasts a similar production style but this time with a prominent electric guitar riff, emotive strings and heavenly backing vocals. Describing the cheating man who’s gonna get exactly what he dishes out, Delia reads out the riot act with more punchy promise than threat.