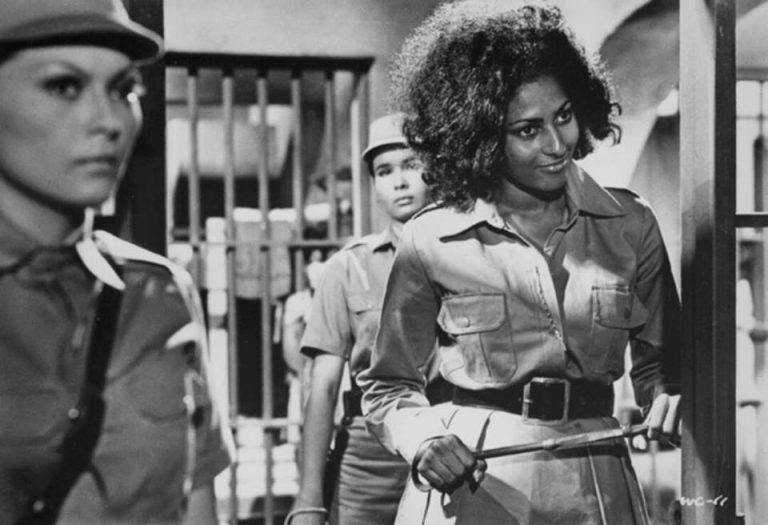 A classic film in the women in prison sexploitation subgenre, co-produced by Roger Corman and directed by Gerardo de León starring the ever beautiful Pam Grier.

Carol “Jeff” Jeffries (Jennifer Gan) is set up by her boyfriend, Rudy (Charlie Davao). Jeff does not realize that Rudy runs a ship-board prostitution, gambling, and drug dealing empire. Rudy sees the heat closing in on him and stashes his illegal goods in Jeff’s purse.

Thrown into a harsh prison, Jeff encounters Alabama (Pam Grier), a sadistic lesbian guard fond of torture. Cellmate Stokes (Roberta Collins) is a heroin addict who agrees to a plot against Jeff that will secure her more heroin. Another cellmate Sandy (Judy Brown) also agrees to a plot against Jeff that could secure her own release. Their other cellmate Theresa (Sofia Moran) is Alabama’s girlfriend. Jeff endures a horrible experience made worse by her cellmates as she struggles day to day.

Finally realizing her boyfriend is not helping her, Jeff hopes to escape through the jungle. She then learns that local poachers are paid to track and kill escapees, who inevitably become lost in the wilds surrounding the prison.

When Theresa falls out of favor with Alabama and loses her privileged position in the cell block, escape becomes an attractive option to her. Theresa reveals that she knows the jungle well and can obtain outside help. Despite the fact that two of her three cellmates had previously agreed to covert plots against Jeff, all three of them accompany her on the escape.