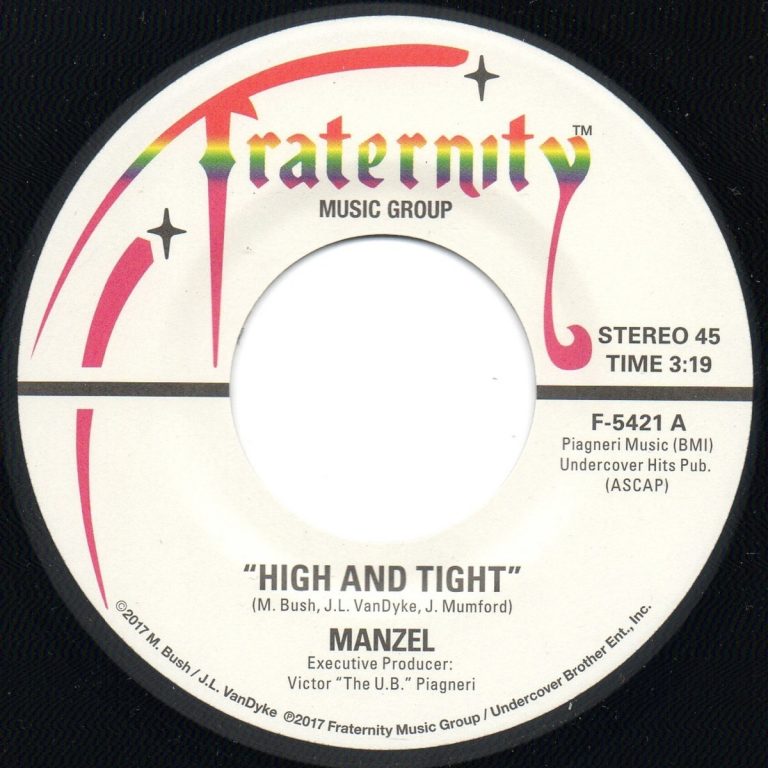 As a traveling DJ and musical lover, I can honestly say that 2017 was an incredible year of new releases and previously unknown tunes to hit the decks and set dance floors a blaze. One person who has contributed more than his share of funky drum work is J-Zone, who seems to be in all the right places.  From projects with his partner Pablo Martin as The Du-Rites or his Red Bull featured interview series conversing with some of the best drummers to ever grab the sticks so it’s obvious that Zone is a man whole loves what he does and gets very little sleep.

His latest release landing in the record bins just has the new year starts, finds him playing drums for the legendary Manzel (who J-Zone sampled from early on in his Hip Hop career).  Nearly 40 years after releasing two of the greatest funk 7-inches of all time, the breakbeat masterpieces “Space Funk” and “Midnight Theme,” the legendary Manzel is back on Fraternity Records with another sureshot double-sider. Originally comprised of Manzel Bush on keys, Larry Van Dyke on guitar and late Steve Garner on drums, the 2017 incarnation of the group adds powerhouse Jay Mumford, p.k.a. J-Zone, in the drum chair and is lean and funky as ever. “High And Tight” is a classic party jam, complete with chanted vocals and a couple drum breaks that establish the new man in the trio is no joke on the skins. “Standing On Mars” continues the favored space-related vibe of Manzel’s past releases, an uptempo jazzy instrumental dancefloor mover that simply cooks, with Manzel doing double duty on electric piano and organ.