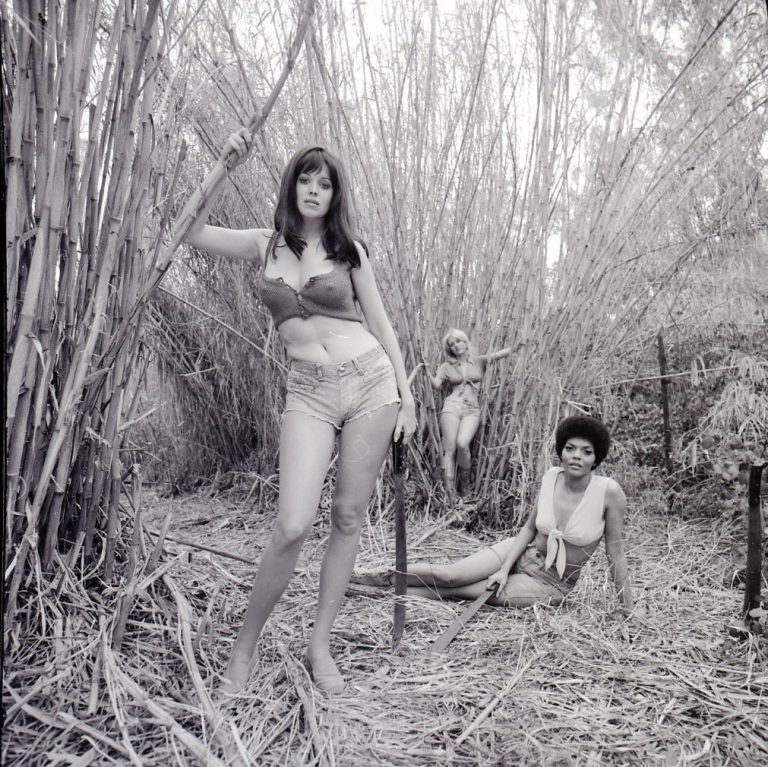 It’s been a minute since I’ve sat back and taken in a classic exploitation film in the “women in prisons” genre but decided to kick my feet up and for a little Sweet Sugar starring Phyllis Bowman as Sugar Bowman.

“A prostitute, Sugar Bowman, agrees to serve two years working on a sugar-cane plantation rather than go to jail on a trumped-up drug charge. She arrives with new inmate Simone and encounters brutal guard Burgos and a maniacal plantation owner known only as Dr. John.

After using a machete in the field, Sugar is forced to undergo Dr. John’s medical experiments. A new 17-year-old prisoner, Dolores, is raped. After being caught in an intimate situation with Carlos, a guard, Sugar is to be whipped, but when Carlos refuses, he is shot by Burgos.

The female inmates attempt to hide and protect Mojo, another guard, but the racist Dr. John burns him at the stake. Sugar escapes and frees Simone from a wooden cage in which she has been imprisoned. While fleeing, the mortally wounded Simone crashes her jeep deliberately with Dr. John in it, killing both. Sugar succeeds in escaping for good.”