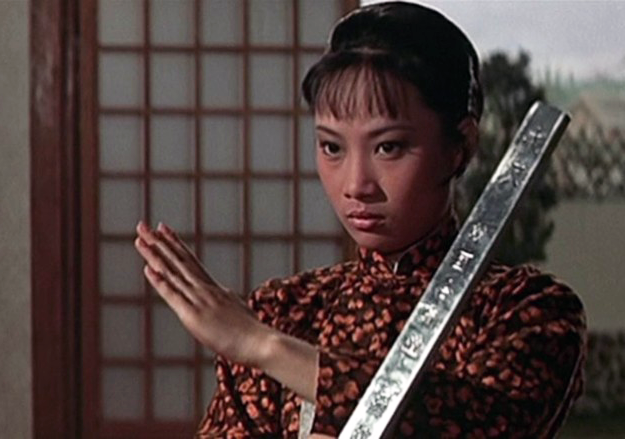 One of the all time classics in the Martial Arts genre of films is without a doubt, Angela Mao’s “Lady Whirlwind” (1972) also known as Deep Thrust here in the states. A film that I have seen more times than I can remember, yet one that never seems to get old. Produced by Raymond Chow’s Golden Harvest, the same company responsible for Bruce Lee films including Chinese Connection and Fists of Fury.

A young man Ling Shih-hua (Chang Yi in a rare good guy role) is severely beaten by Japanese mobsters and left for dead on the beach. He is nursed back to health by a pretty young girl, and he vows to take revenge on the criminals. Meanwhile, Miss Tien Li-Chun (Angela Mao) comes to town with a score to settle with Ling. Apparently, her sister was jilted by Ling and she killed herself, so Tien must avenge her by taking his life. Ling begs her to spare him until after he gets his revenge, to which she reluctantly agrees, only to save his life after he gets mercilessly beaten by his enemies.

As Tien waits for Ling Shih-hua to recover so she can beat him, he runs into an old man who teaches him the art of t’ai chi. This gives him the edge he needs, and he finally destroys the leader of the gang. Angela finally jumps in to take her revenge, but Ling’s girlfriend throws herself between them and begs for mercy. Tien surprisingly spares their lives and storms off into the distance, presumably to find someone else to take out her aggression on.