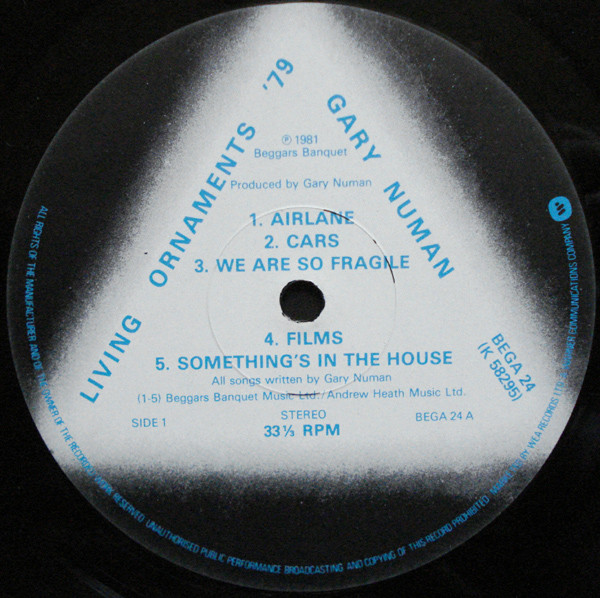 I never like using the term “underrated” unless there are actual stats involved so instead I prefer to used the terms under appreciated or rarely mentioned when it comes to things that I feel deserve a little more credit. But at the end of the day, opinions are always based on personal tastes and no two tastes are a like. Taking a trip back to the early days of the parks jams and mysterious sound systems when DJ’s rocked doubles with labels scribbled out and MC’s having choreographed shows with R&B style routines. One of my favorite breaks during that time is the rarely mentioned and often under utilized, “Films” by Gary Numan. Most notably known for his hit single “Cars”, the English singer, songwriter, composer, musician and record producer was born in Hammersmith, West London where he first entered the music industry as lead singer of the new wave band Tubeway Army. After releasing two albums with the band, Numan released his debut solo album The Pleasure Principle in 1979 which faired well in the New Wave scene and beyond.

I remember like it was yesterday hearing old Bronx park jam tapes and find myself going through my stash today to reminisce on how DJ’s pulled records from all types of genres to create a sound that would ultimately help to build what is now known as Hip Hop.  What I find funny is how people will discredit anything that doesn’t have rapping in it as not being Hip Hop. What is Hip Hop music? Well Gary Numan is Hip Hop music, yet not a Hip Hop artist but his track Films will forever go down as one of the essential breaks of the era that birthed the sound and culture.  Opening with a tough drum break and heavy synth, this was the ultimate intro record to step onto state with. It had an eerie-ness about it that kept it from being a funk break, yet still funky and mysterious at the same time. An opening break is great but the record also ends with a break which makes this a two-for-one sure shot!