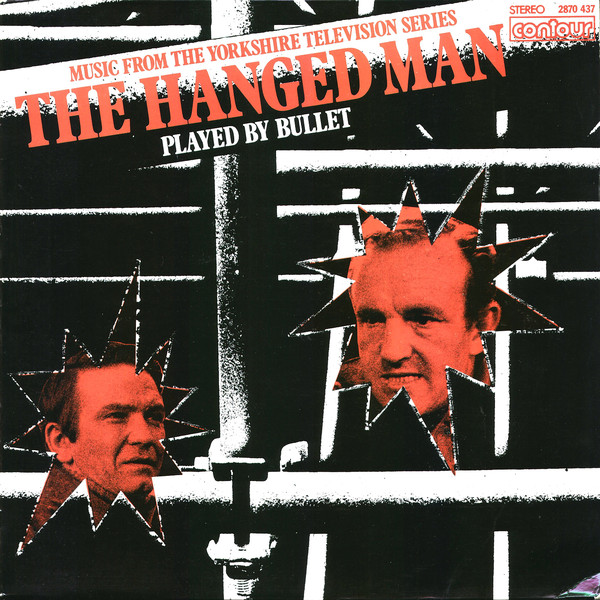 We’ve been in a heavy classic TV cop show mood here at the office lately after interviewing the homie drummer J-Zone about the new Du-Rites LP, “Gamma Ray Jones” which was inspired by the soundtracks of those same shows. Today feels like a European type of viewing so we jump over to the UK to revisit a short-lived series produced by Yorkshire Television named The Hanged Man.  Lasting only 8 episodes, I remember getting copies of this on VHS in the late 80’s during my heavy tape collecting / trading era not because of the soundtrack but because I was simply into all of these types of shows. After receiving the tape, the first thing that hit me like many shows from that era was the intro theme and background scores in various scenes. Although I’ve pretty much always had turntables, records and samplers (got an SP-12 in 1987), I’ve always collected soundtracks but I didn’t get into collecting Library records until much later because I had been sampling those same records directly from VHS.

Ultimately getting hipped to Library records led me to backtracking to finding The Hanged Man soundtrack (a classic which shouldn’t really need an introduction at this point) which of course was never available here in the states, and putting 2 + 2 together on things led me to this Alan Tew production.  Most of these songs come from previous Library LPs composed by Alan Tew and reused / renamed for the soundtrack. It’s often surprising to me when I hear DJs / collectors mention soundtracks but have never seen the film or shows for them, isn’t that a part of digging deeper!?  If you haven’t done so and need to catch up on the funkiness of classic shows like The Hanged Man, I highly recommend going back and reading the J-Zone interview which opens a doorway to so many things that you’ll probably dig if you’re of fan of the Nostalgia King site.