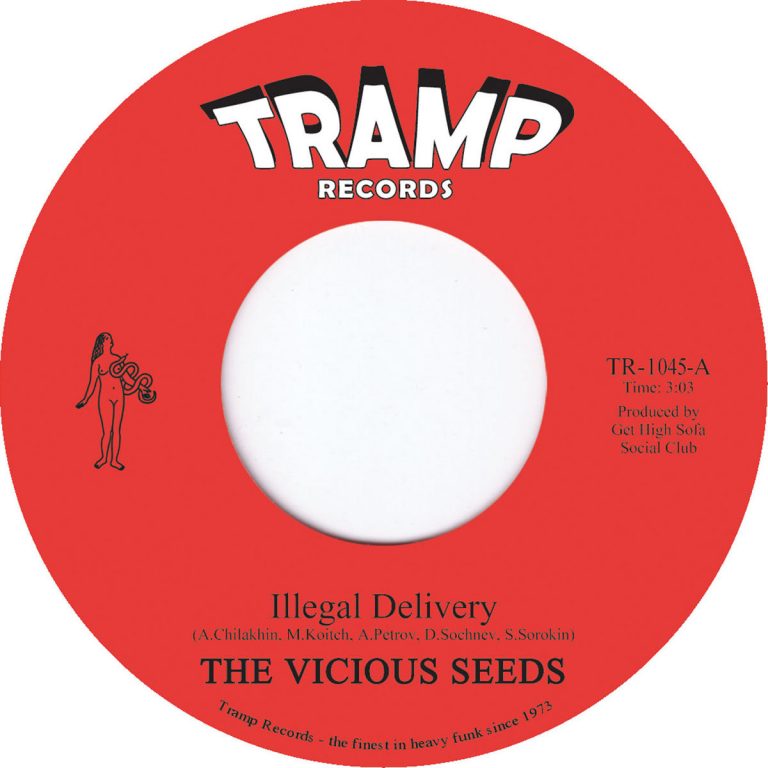 It’s been quite sometime since we’ve heard a tasty Bboy cut played out by a live band and pressed to 45 but best believe if this was circa 2003 and I was still making my runs through the scene playing at jams and competitions across the globe, this would be one of the 45’s that I would be making and breaking.  Coming in on their 15th anniversary, Tramp records brings it back where it all began and in heavy Bboy funk mode with their latest release from Saint Petersburg Russia’s The Vicious Seeds who delivers a tough double-sider to fit perfectly for those catching wreck on the floor.

“Illegal Delivery” comes full circle with a sound that we were originally familiar with from the German label and it’s an obvious connection to there being a heavy Bboy / Bgirl community in the country. Uptempo funk, congas, breaks, what more do you need except doubles on the decks. “Happy Lobster” switches up the pitch and slows things down a bit to take care of business on the dance floor at the funk & soul clubs which can mix well with your rare and not so rare crate essentials.