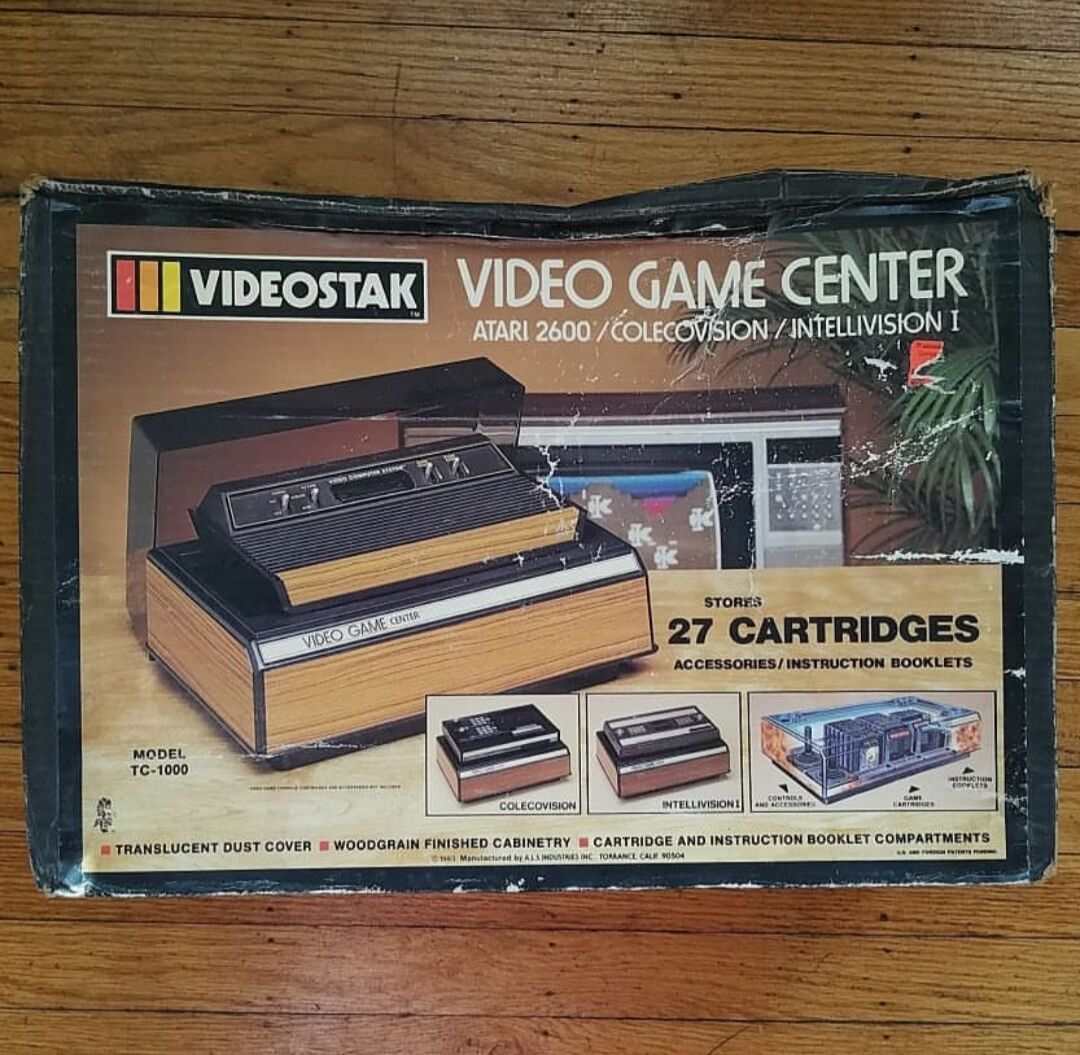 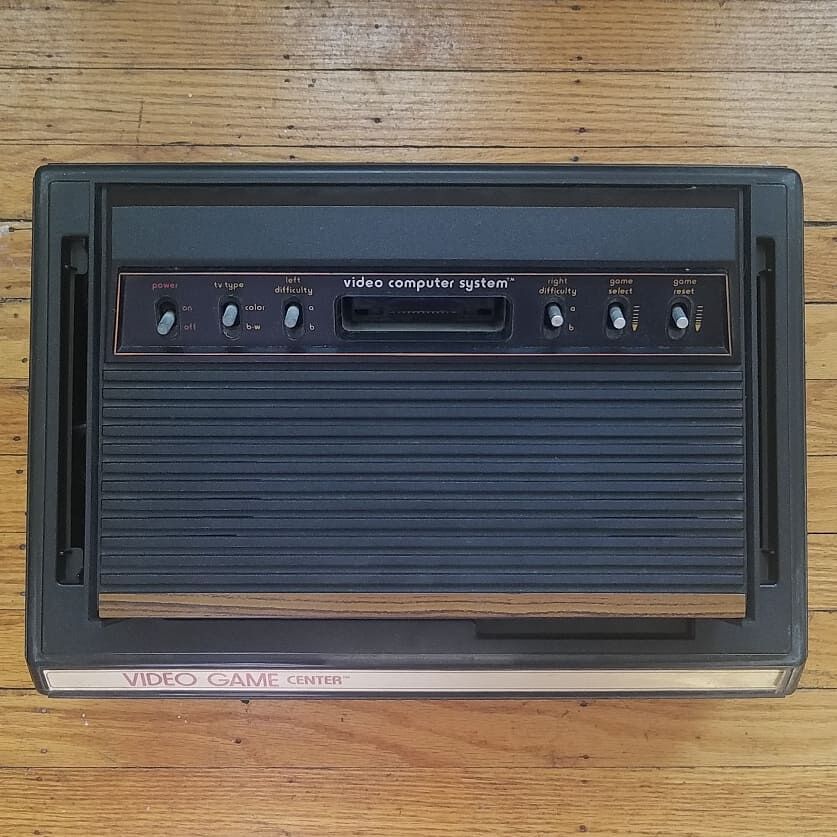 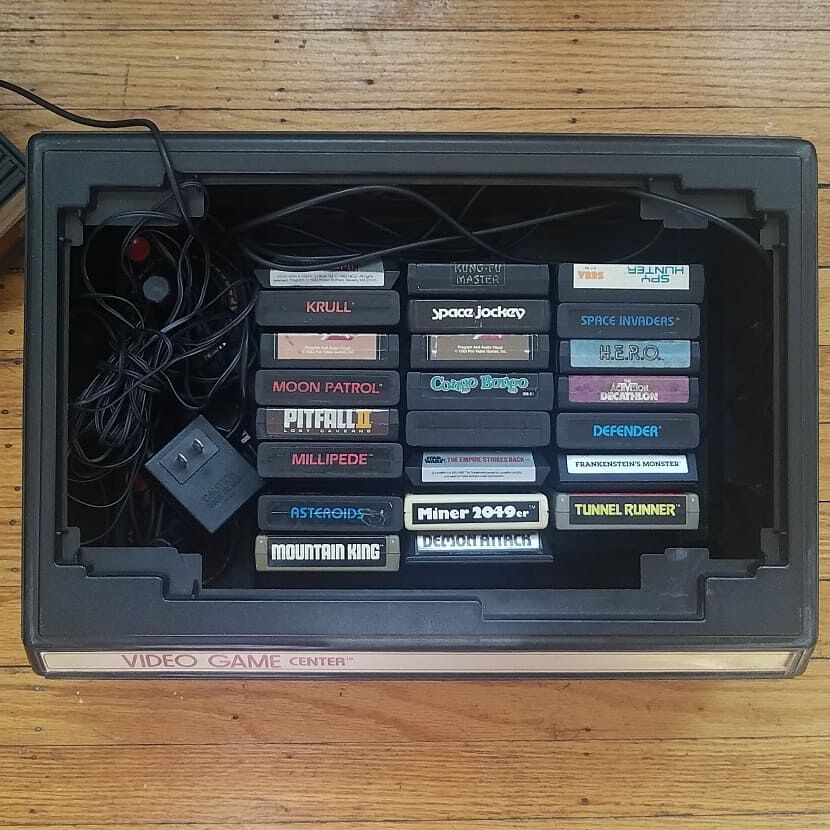 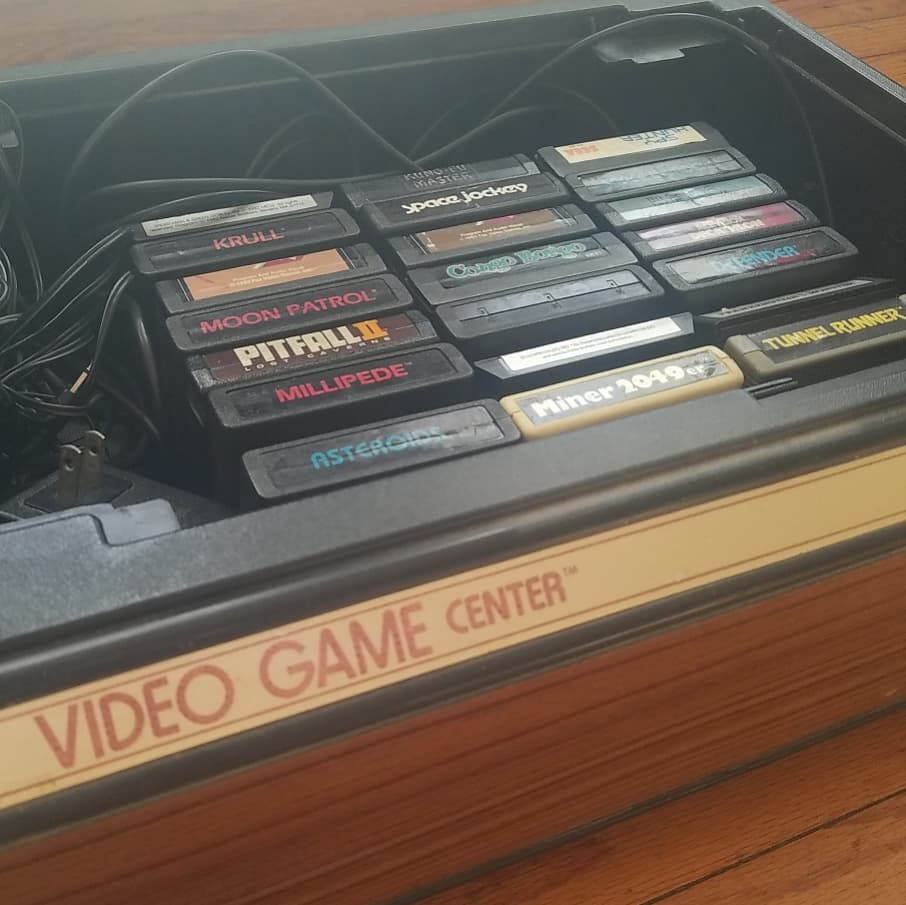 Spent a little time this weekend going through the collection and rediscovering a few items while assessing  what I should keep and if there is anything that should be sold off for someone else to enjoy.  As a collector of course, there wasn’t too much to sell of but I came across something that was rather unique in early 80’s video gaming that doesn’t exist today, the video game storage unit. the Video Game Center was seems to have been made by one company which licensed it out so that other companies could slap their brand on it. While Atari’s “official” version was labeled Atari Game Center, the generic brand was labeled as Video Game Center and was promoted to hold your Atari, Intellivision and Colecovision units, along with cartridges, controllers and power cord.

In true 80’s fashion, the unit came in wood grain which was definitely a high end look back then and of course the every loved, smoked glass top which doesn’t get used nearly enough in products these days. I remember seeing this being advertised in video game magazines in the early 80’s as well as seeing them on the shelves of local stores like Electronics Boutique, Games & Gadgets and Kiddie City. If you owned this during the early 80’s you were pretty fancy as most parents weren’t shelling out for although the unit kept things organized while sitting the in living or family room next to that big, bulky television set with matching wood grain.

Fast forward to the present and there is no such product for the modern day console nor would they really look good house in one of these units but there’s something about the design feature and thought that went into storage case back then.  Finding these units in the wild have become rather impossible especially mint in the box and have become rather pricey on the eBay secondary markets but every serious collector should own one.