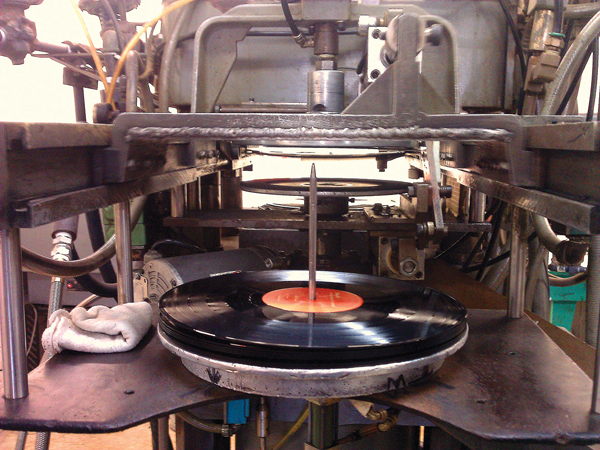 We’re living in an era where creating your project and being heard should be so much easier to than ever with all of the technology and social media available at our finger tips. 30 years ago to record your album you would have go to a real studio and pay high costs to get a professional sounding project. Today every beat maker and rapper has a home set up do make their music which is a  gift and the curse because with the ease of creating comes a decline in quality control of a label or A&R critiquing your music versus how many “likes”  you get from your followers as validation. Pressing vinyl of your music is also easier now, there are still people from 30 years ago that if I would’ve asked if they know what Hub Servall was they probably wouldn’t know all though much of their product probably came through there. Today, everyone has access to getting music pressed even though there are less pressing plants and most get clogged up with pointless major label reissues cashing in on the vinyl trend as well as independent labels reissuing pointless sought after albums that have already been re-released or bootlegged times in the past.

For independent artists and labels in general, it’s a struggle to swim through the ocean currents filled with sharks to get the music heard by the masses but it’s extremely difficult for the independent and underground rapper today with a very golden era 90’s aesthetic then it ever was. Yes, there is quite a lot of garbage out there in terms of rap, but we’re living in an era where there are some really dope MC’s releasing quality boom bap shit that is on par with and sometimes better than what came out in the 90’s that’s regarded as “classics” simply because it came out in the 90’s. Truth is, the 90’s isn’t as great as people try to make it out to be and it’s their nostalgia that has them fooled. Lets do some quick math, the 90’s = a decade (10 years) but when people talk about the 90’s, they mention certain albums and artists, most of which dropped albums between 90-95. That leaves 5 more years that no one is talking about about which were the years that your favorite artists dropped their sophomore albums that people act like don’t exist because they were trash. Also, during that period of time, there were so many 12″s that dropped from artists that went way below the radar because they really weren’t that good but if you weren’t a record buyer or they didn’t have a video, then you wouldn’t know they existed.  So tell me now, how good were the 90’s really if you take your youthful excitement and nostalgia out of the equation?

Fast forward to the present and there are still MC’s from then and now that are creating 2019 works, with the aesthetic of what made the 90’s dope. So why do they have a difficult time getting shine when so many people claim to love that era and sound?  Multiple reasons…  For one, so many 90’s fans are stuck in the 90’s and won’t listen to anything outside of that. If you talk about the 80’s they shut down, if you talk about the present, they shut down. But if you talk about their favorite producer dropping an album you’ll get a 50/50 chance they’ll like it based on it sounding like something from the 90’s but in reality, it’s most likely not that good. We’ve reviewed quite a few independent MC’s dropping great 45’s and LP’s over the last 5+ years all who have great replay value with a refreshing sound and take on an era that we all love so much and are actually selling some records.  But why don’t we hear them being played in DJ’s sets? Because just like the average music buyer who loved that era, so many of the big name and local DJ’s are stuck on loop too and continue to play the same top 50 hits of each era in their sets. It’s a rarity to hear DJ’s play any of this new underground Hip Hop in their club sets because most of them don’t have their ear to the streets like they did in the past and lets face it, none of them are digging. What you will get from them instead are those same top 50 hits played on their computer and if they play a 45 which they recently started doing which has become the biggest trend and joke is those same 50 top hits on 45 just for the sake of saying they are playing a 45 set.

Since so many are stuck in the 90’s, lets talk about the 90’s mixtape scene where all of the best DJ’s would take pride in having exclusives and being the first to play that test pressing or 12″ that no one else had on their tapes. What happened to that mentality? The paycheck basically…  The days of DJ’s focusing on making and breaking records in the Hip Hop / rap world with the exception of a few DJ, is over and instead has become a lazy, let me play what everyone knows so they can keep the floor packed without actually having to think about their sets which is a mentality that doesn’t happen on that scale in other genres.  So why don’t independent artists and labels in other genres including Funk, Soul, Disco, House and Jazz have that same problem? Because DJ’s in those genres are still buying and breaking records and their audience isn’t stuck on a sound from an era which helps them to sell units and grow both financially and with their discography.

Another reasoning for the independent rap label / artists struggling to get their music out, is the lack of media and magazines where you could place your add promoting an upcoming single. In the past, The Source, XXL, Elemental, Wax Poetics and others were the go to meeting point for music lovers to find out whats new. Those magazines either don’t exist any more or don’t reach the target audience of an artist or label so it’s pointless to spend money with those publications.  Plus the online media presence from once respected sites have all but stopped doing music review and interviews unless its from an already famous artist or they cover tabloid style headlines of what drama is going on in the music world. We recently sent the word out that we would start doing paid ads on Nostalgia King to help promote labels and artists projects of all genres so if you fit that category and are looking to reach a wider audience, please reach out to us to discuss details. The time is now to put your money where the faith in your product is and start thinking on a wider scale.

At the end of the day, the playing field has been leveled with technology and media for everyone to do everything regardless if you’re good or bad with scenes being flooded and no quality filter to catch the fluff. There are a handful of dope producers and MC’s creating a sound that so many of you 90’s purists love which can easily fit into your daily rotation and where your support should be going. As a global DJ and writer, it’s my duty to carry on tradition of great radio and club DJs from the past who were known and respected for breaking new music and ultimately our crates and playlists are what separates one DJ from another which is why I have the utmost respect for radio DJ’s like DJ Eclipse who continues to break Hip Hop records as well as DJ’s like Giles Peterson who keeps me on my toes and ears open for the amazing sounds that have been pressed to vinyl that might very well go unnoticed.

Tell your favorite DJ’s, favorite DJ with the tired playlist to come over to Nostalgia King to find out new things that they can work into their playlist and step their game up, we’re more than happy to help them along for the sack of bringing balance back to the music, club and radio.