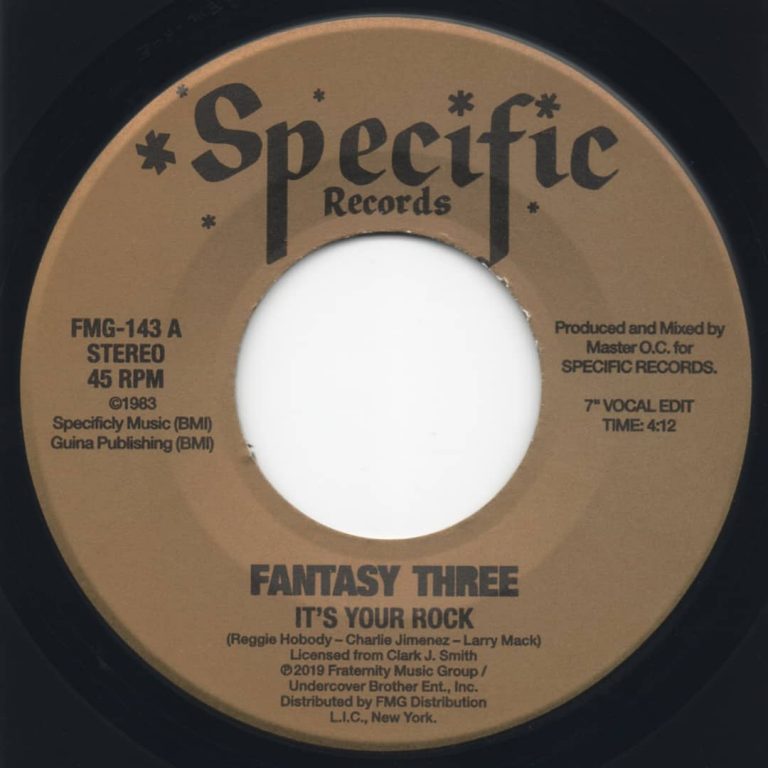 When they say real heads know the deal, not everyone applies to that logic, but when you ask those heads what’s in your top 10 80’s Hip Hop 12″ and they list Fantasy Three “It’s Your Rock”, then you know they’re super official. An often under mentioned gem on the Specific Records label from 1983 that could be heard on early mix shows and jams, with an instrumental flip that’s perfect for rocking doubles, finally gets an over do release on 45 courtesy of Fraternity Music Group.

The A-side features a 7″ vocal edit while the flip handles the U.B. Dub Edit and makes for an essential sure shot to add to your collection. If you’re not hipped to this jewel then we highly recommend you doing so ASAP!