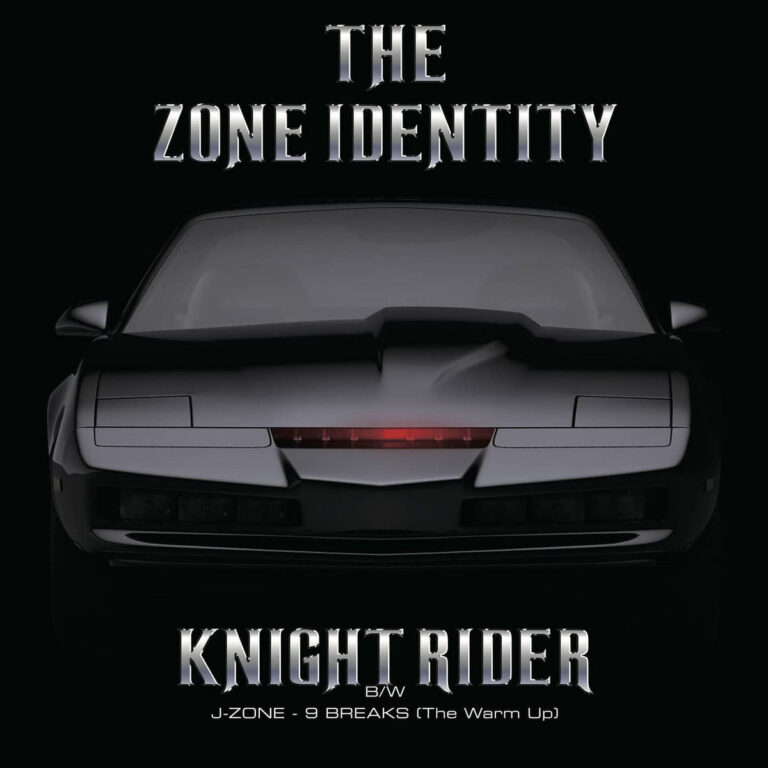 The hardest working drummer around never sleeps (actually he gets plenty) but when it comes to putting in studio time and turning out releases, his work ethics are strong which shows that the man known as J-Zone punches the clock first thing in the morning and doesn’t clock out until the job is done. 2 years after the previous The Zone Identity 45 and obviously excited for his first physical release of  2021 especially with the delays at the pressing plant, his latest drop is a sharp double-sider for multiple occasions.

The A-side features “Knight Rider”, yeah you know Michael Knight and his pal KITT but most notably for the intro theme song which Zone enlists none other than Pittsburg homie Buscrates who adds the pure 80’s funk flavor to bring things to 2021 standards that’ll bang in the sound system.

Flip the business over and it’s all J-Zone! Breakbeat lovers, drum sample fanatics this ones all for you. It seems as though J-Zone is constantly getting requests for drum loops for people to sample from well here you go, stop being cheep and cop the vinyl treats and sample to your memory banks run out. Classic breaks done in the Zone fashion.