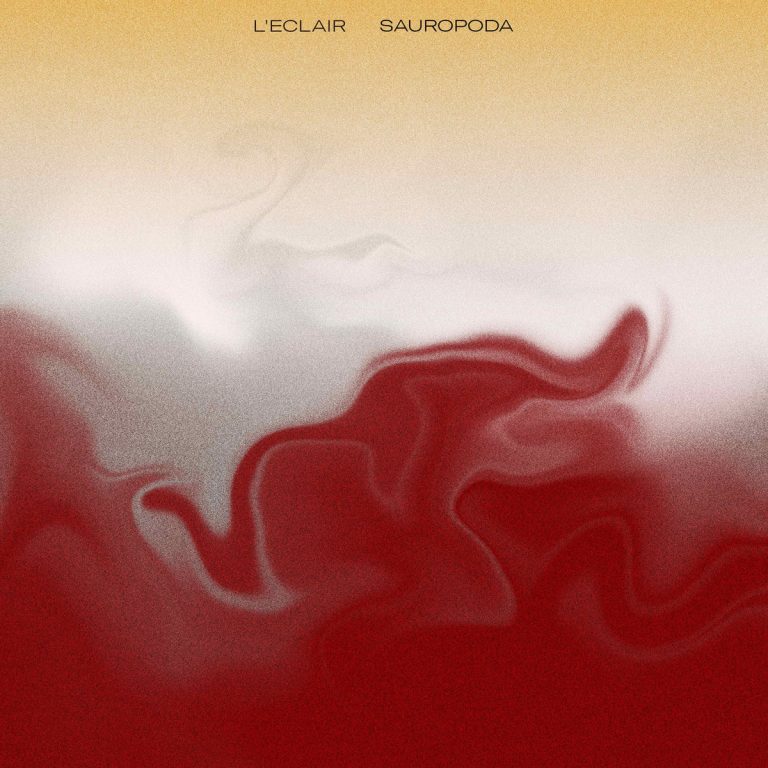 After getting hipped to L’Eclair’s “Polymood” LP last year while in Germany, I was fully hooked on their sound and knew that it would only be a matter of time before they would drop a new project which happened sooner than we expected. Introducing the bands latest release,”Sauropoda”, a 5 tracker that takes you on a journey covering all sorts of soundscapes in a refreshingly good way.

“What do you need to know about L’Eclair’s new record? Let’s see. It was recorded in an undisclosed location in the mountains over the course of two days in October 2018 and it contains five tracks lasting approximately 37 minutes. The music is freer…it was captured live in the studio, there are very few overdubs, and it’s mega-organic. But you better listen for yourself.

Oh, and it’s called “Sauropoda” but don’t ask why. Think of it as a 2am Youtube rabbit-hole find, or that weird-looking soviet prog funk private press that you knew you should’ve bought the one time you came across it in the bins.

Most of “Sauropoda” comes from deep jams the band road-tested following the recording of 2018’s breakthrough LP, “Polymood.” In fact, it actually sounds more like a L’Eclair live show…blended with carefully-crafted dance floor grooves, last-minute studio fantasies, and fully-faded late night jams. L’Eclair is all about the blending of things, and those things never sound the same twice; endlessly morphing like the human machine itself.

“Sauropoda” is the way L’Eclair sounds right now in proto-groove’s golden age. But don’t let your head get in the way and try too hard to classify this music. Instead focus on the the way “Sauropoda” makes you f.e.e.l. and take your time and make it last. That’s what L’Eclair are up to!”