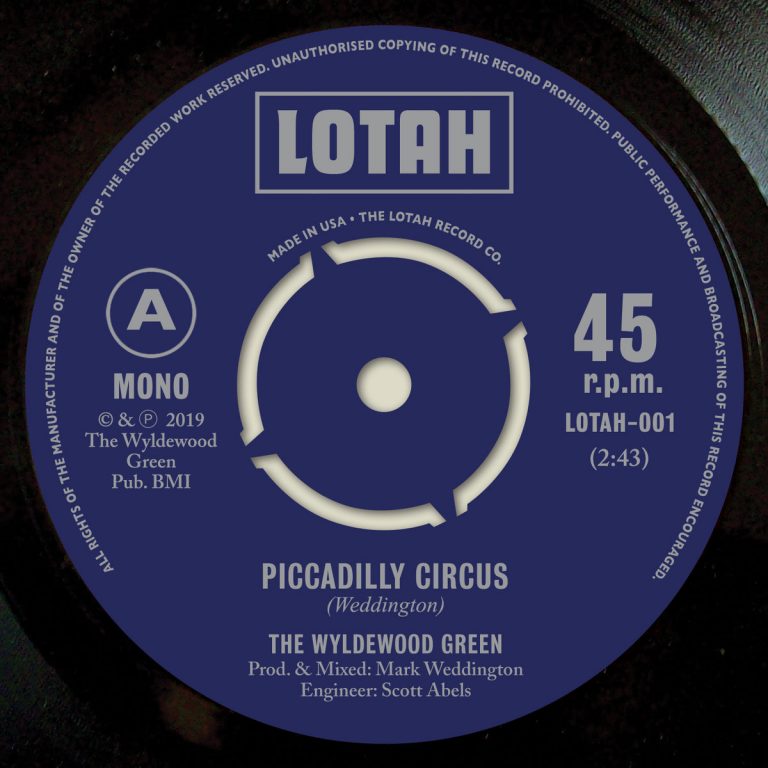 If what you think that you’re hearing sounds like it could very well be a musical composition placed inside of 1960’s exploitation film once seen at a Drive-In theater, then you’re probably right which was the exact intention. Think of a classic Bikesploitation film featuring rival gangs from opposite sides of town doing things their way with an excess of booze, broads and sex. That’s exactly what you’ll find with on the upcoming 7″ from The Wyldewood Green.

The A-side “Piccadilly Circus” shifts into 5th gear and takes you on high speed ride down a winding road of destruction with no turning back. Flip to the b-side and things cool off a bit on the rather exotic note with “Panther Walk”, a late 60’s KPM psychedelic Go Go style heavy on the Hammond tune that’s simply amazing in every way. An incredible double sider that will appeal to a variety of film and soundtrack lovers and collectors alike.