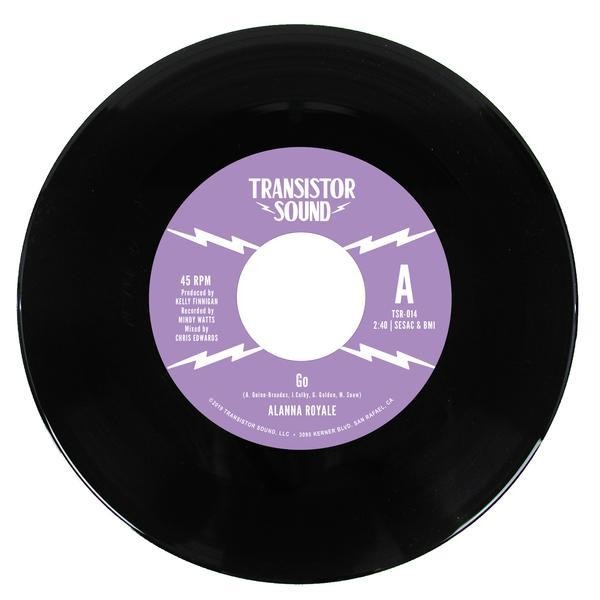 The name Alanna Royale is one that you may or may not be familiar with but it’s definitely one that’s not new and has been making it’s way through the music town of Nashville and ringing bells in a special way. With a tight mix of band members, they set out on a course that was unconventional to say the least but something that rang bells which helped them to stand out from the rest. Instead of going the route of the country filled, Nashville sound, they opted for a more soulful and funkier one, one that stems deep into the depths of Motown soul and Stax funky strut while adding a touch of rock & roll rebellion which makes for a great mix of something unique.

With four albums in their catalog, in 2018 they released “So Bad You Can Taste It” which gained great reviews so it’s no surprise that they’ve pushed things a bit further with releasing a new 45 single feature a pair of strong cuts that will surely hit dance floors hard and make people sweat. Making it’s debut on Transistor Sound, the double-sider features “Go” b/w “I Know”, both produced by another name that you should be familiar with, Kelly Finnigan who we’ve previously featured here at Nostalgia King. Hard hitting, uptempo rugged soul that’s energetic and smashingly good which should definitely become a staple on the R&B / Soul scenes worldwide.  If you’re dance floor is in need of a boost, Alanna Royale is just the ticket you need!