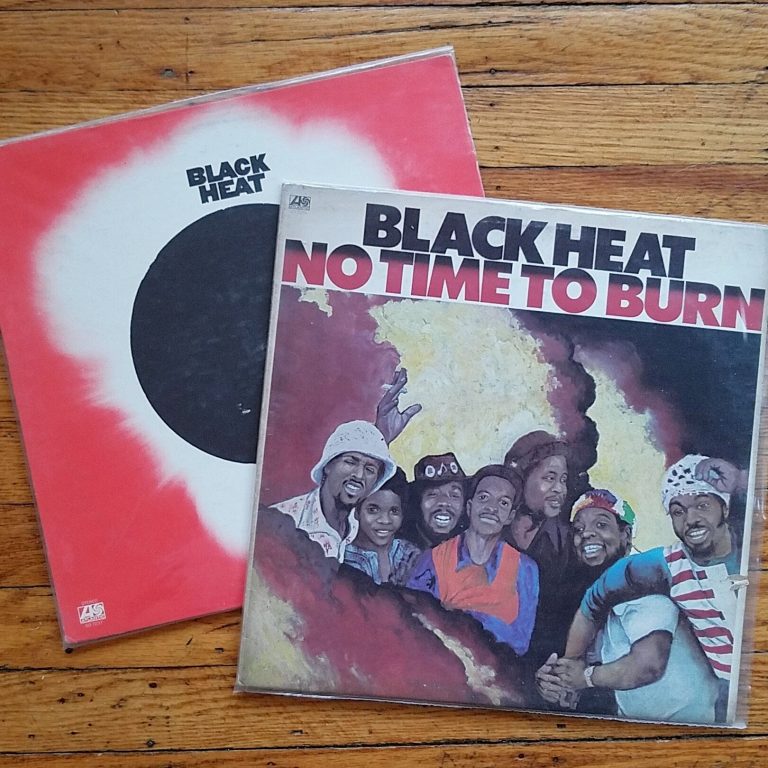 Spent part of the morning digging in my own crates which always yields the best finds and revisiting two classic funk albums from Black Heat which I haven’t dropped the needle down on in a few years. Both the self titled “Black Heat” (1972) and “No Time To Burn” (1974) LP’s on Atlantic Records feature tough cuts with a few funky soul gems mixed in to deliver well balanced albums for repeat listens and essential crates pieces. Both albums had a cohesive sound which was apparent as they were both produced by legendary Philadelphia jazz and R&B producer, Joel Dorn who worked at Atlantic Records, and later founded the 32 Jazz, Label M, and Hyena Records labels.