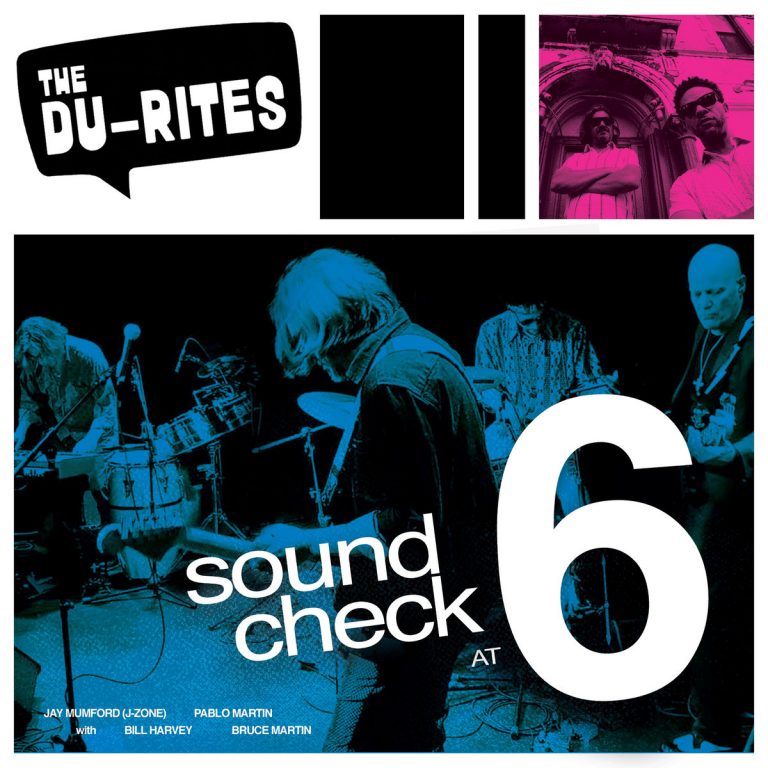 Some of my favorite albums not only in the last few years but in general have all been live recordings. From The Pharaohs “In The Basement” and Kool & The Gang’s “Live At The Sex Machine” to Jimmy Smith “Root Down” and Juju “Live At 131 Prince Street”. There’s something about the energy that you can feel from the audience that makes these recordings special and in the moment. It’s something that you had to have been in attendance to truly get the full appreciation but when played in the comfort of your own home with volume on 10, you feel so immersed into the concert as if one with the band. The Du-Rites have steadily been releasing new music over the last few years that are all must owns but recently they did something that I’m pretty sure was unexpected by most, but pretty much something that I could foresee coming as they go the extra mile to cover all bases in a fashion that most others aren’t even thing of doing.

Let me introduce to you The Du-Rites: Soundcheck At 6, a brand new album recorded live on stage at an undisclosed location on April 17, 2019 and the 4th full length in their discography. Previously known as a studio band with only two members (J-Zone and Pablo Martin), they’ve spread their wings and have become more than just that, they’re the real deal Holyfield and tough to beat in a 12 round bout. With the addition of Bill Harvey to handle bass guitar duties and Martin’s fellow Tom Tom Club member, Bruce Martin (no relation), to not only take over on keyboards, but add a whole new layer of groove by doubling up on percussion they were ready to take the show on the road.

What you’re about to hear is nothing short of a masterpiece and beautifully recorded direct into the board and straight to the pressing plant in all it’s live sonic glory. The Du-Rites’ original 70 minute show was trimmed to a svelte 40 and thrown down live at the intimate, yet groovy Undisclosed Location in Brooklyn. The live renditions of their funkiest offerings give the band a chance to stretch out, improvise and even talk some stuff! Dig Jay dropping childhood anecdotes over a slow-cooking, bluesy rendition of “Neckbones” (before exploding into the real thing). Or the Afro-Cuban jam that was added to heat up “Mr. Porter”. The added percussion breakdowns in “The Man With The Golden Tooth” mesh jazz-funk with D.C. Go-Go energy. The Mannix tribute and extended drum solos kick “Showdown” up another notch and the Cumbia breakdown on “Ghetto Ferris Wheel” makes it clear the quartet version of The Du-Rites has the extra musical muscle to re-funkatize the studio releases. Both Bill and Bruce put their own personal stamps on The Du-Rites sound without subtracting from it, making Soundcheck at 6 a Cadillac brougham-tastic, cosmic excursion in neckbone funk!