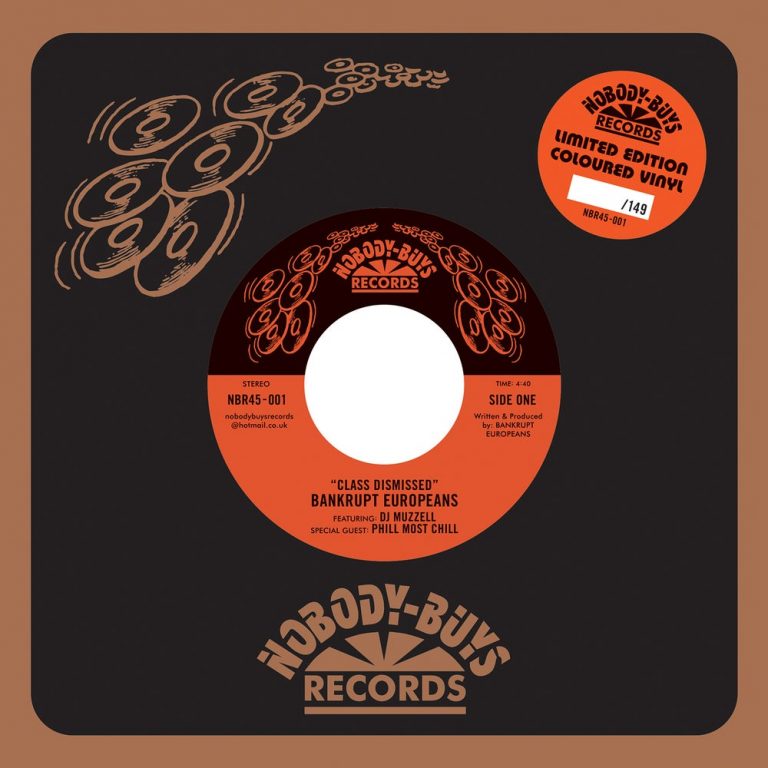 It’s been a minute since we’ve caught a nice scratch track with a proper arrangement of beats and laden cuts overtop with soundbites jumping in and out with a 80’s fast rap that’s authentically official for 2019 standards to drop. But that’s exactly what you’re hearing on the upcoming Bankrupt Europeans “Class Dismissed” featuring DJ Muzzell and the one and only Phill Most Chill who jumps in for the assist with a quick 16.

“DJ Muzzell provides the sensational cuts on Class Dismissed, the scratch track to end all scratch tracks. Being a digger’s dream, with samples and breaks galore, this follows in the footsteps of the classic cut-n-paste Lessons tracks, and after Phill Most Chill heard it after we thought it was finished couldn’t help but make a guest appearance on it!”