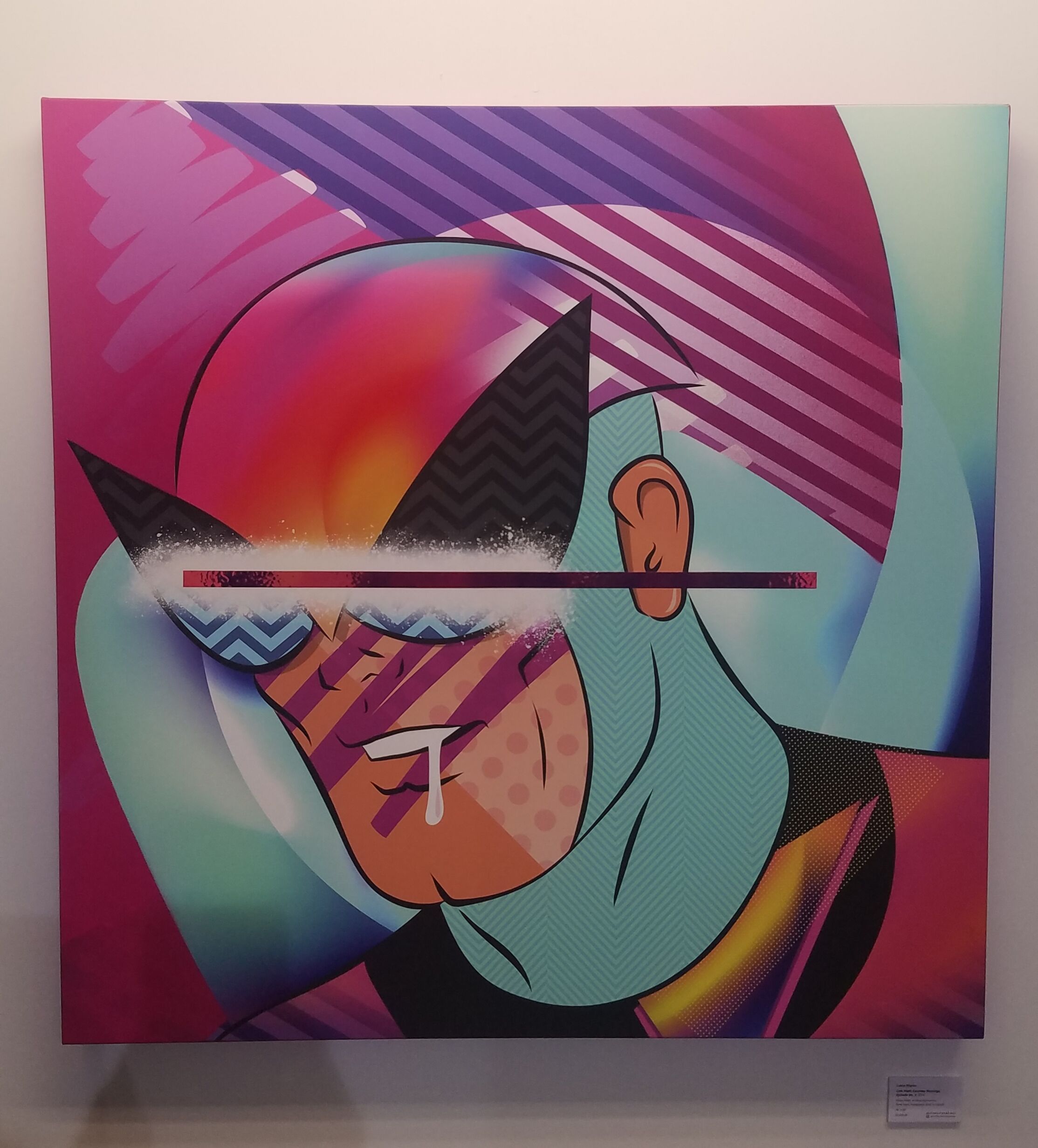 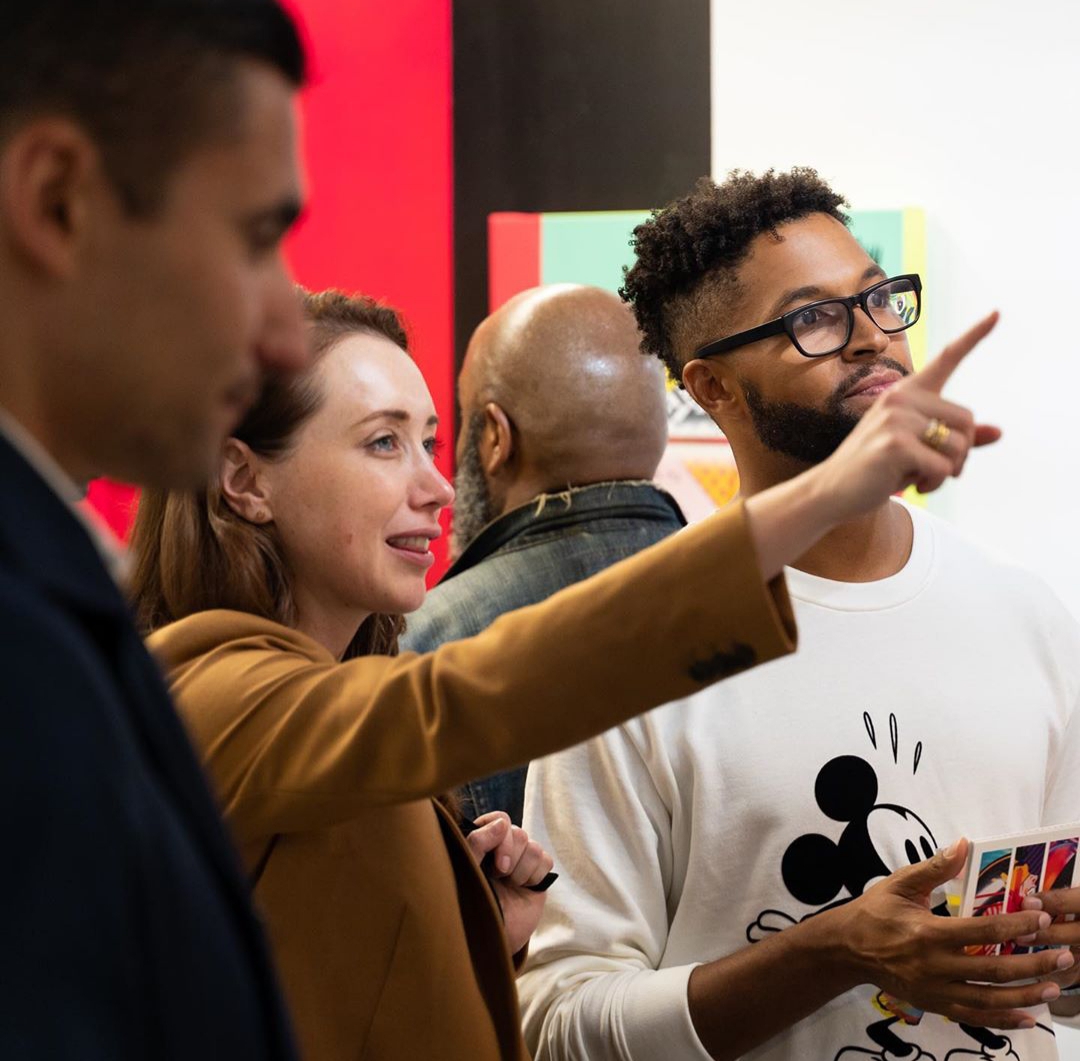 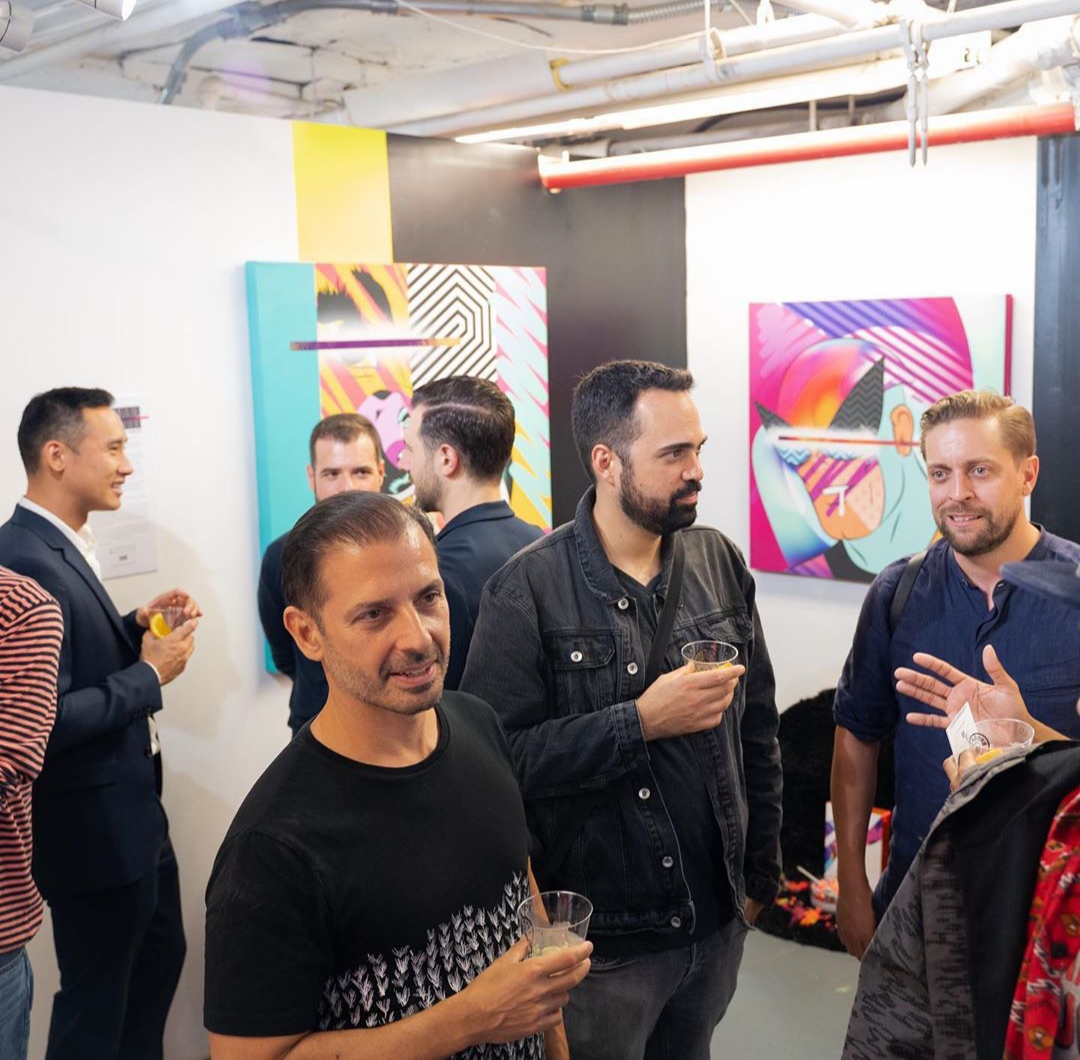 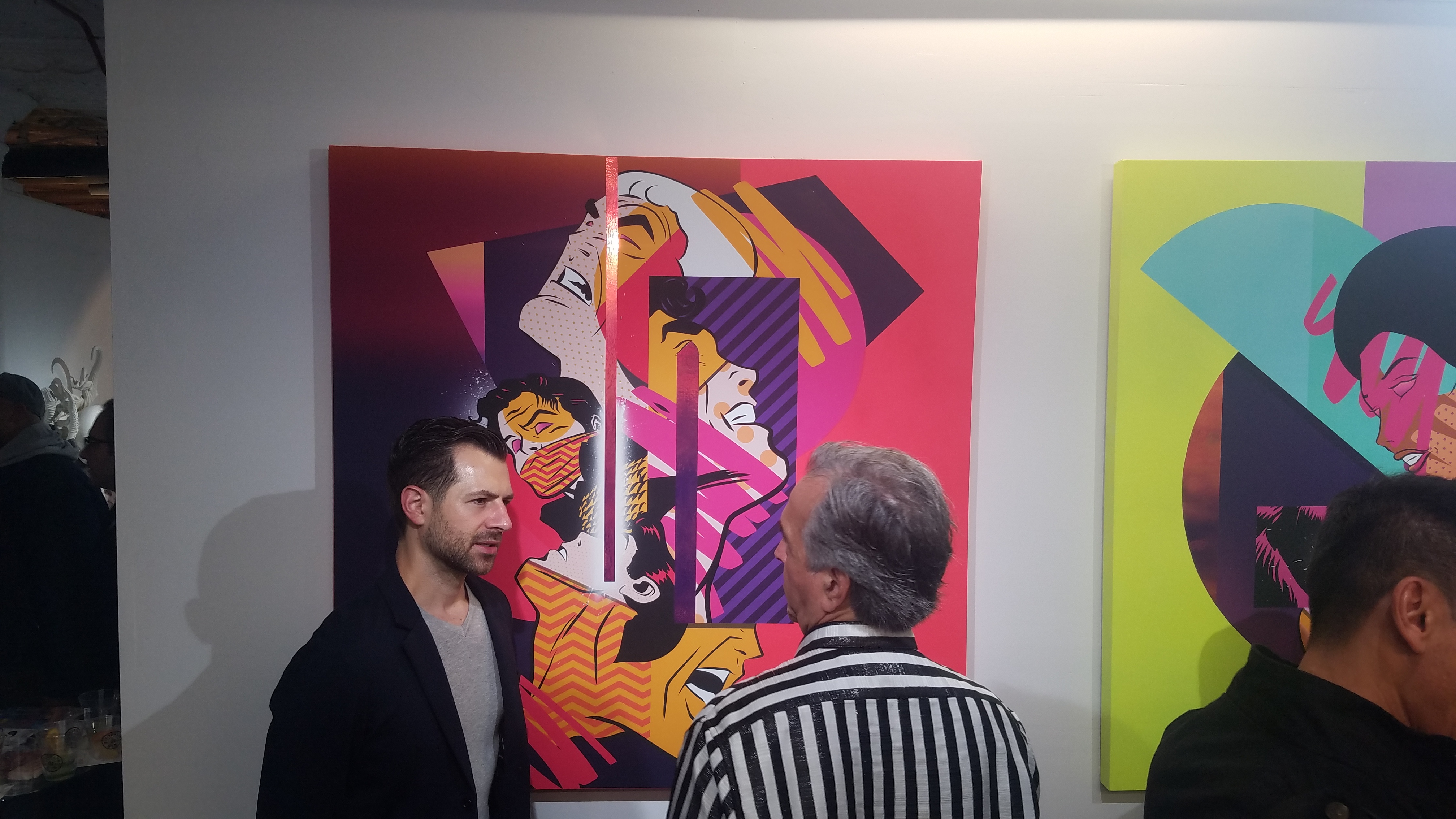 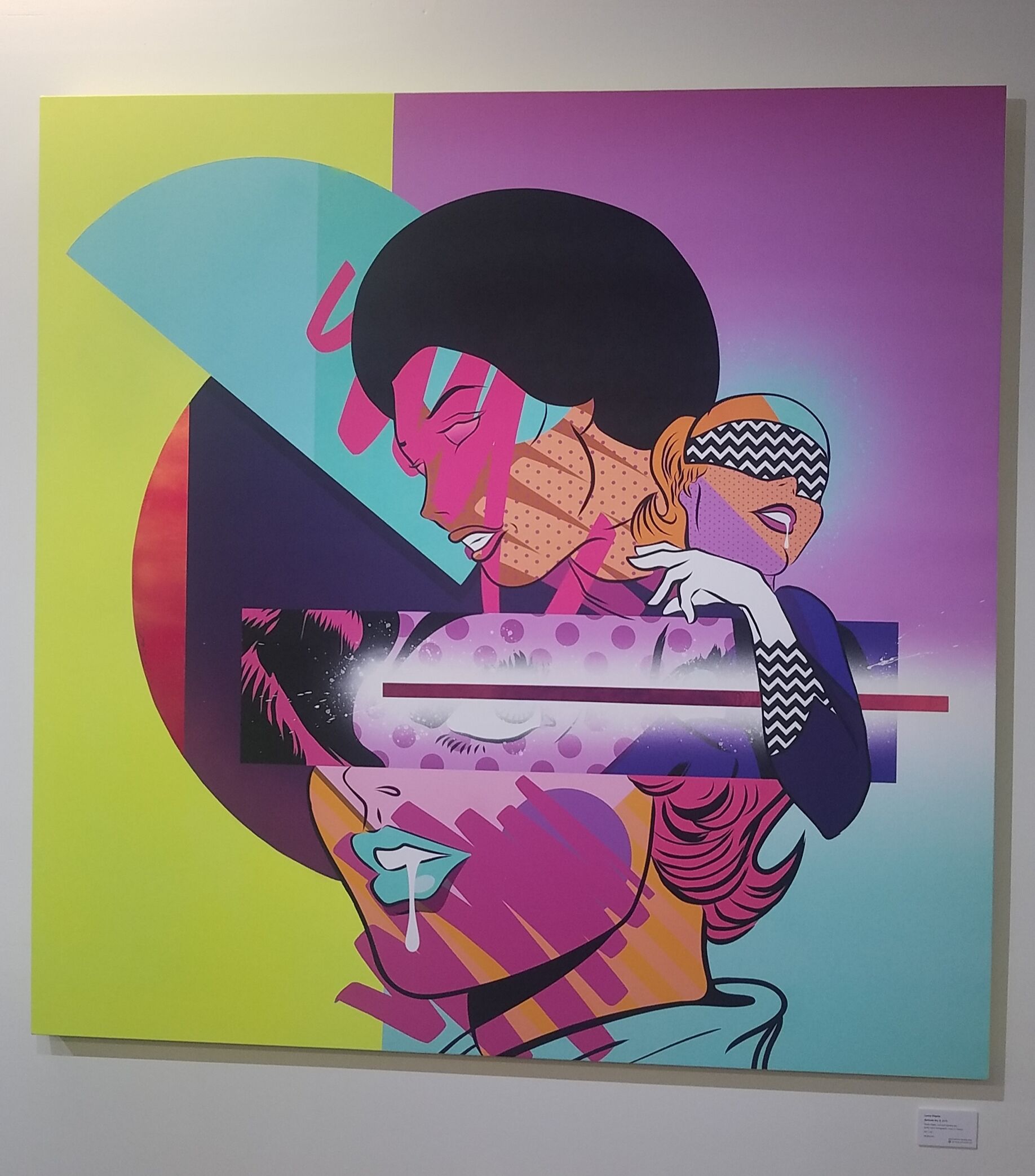 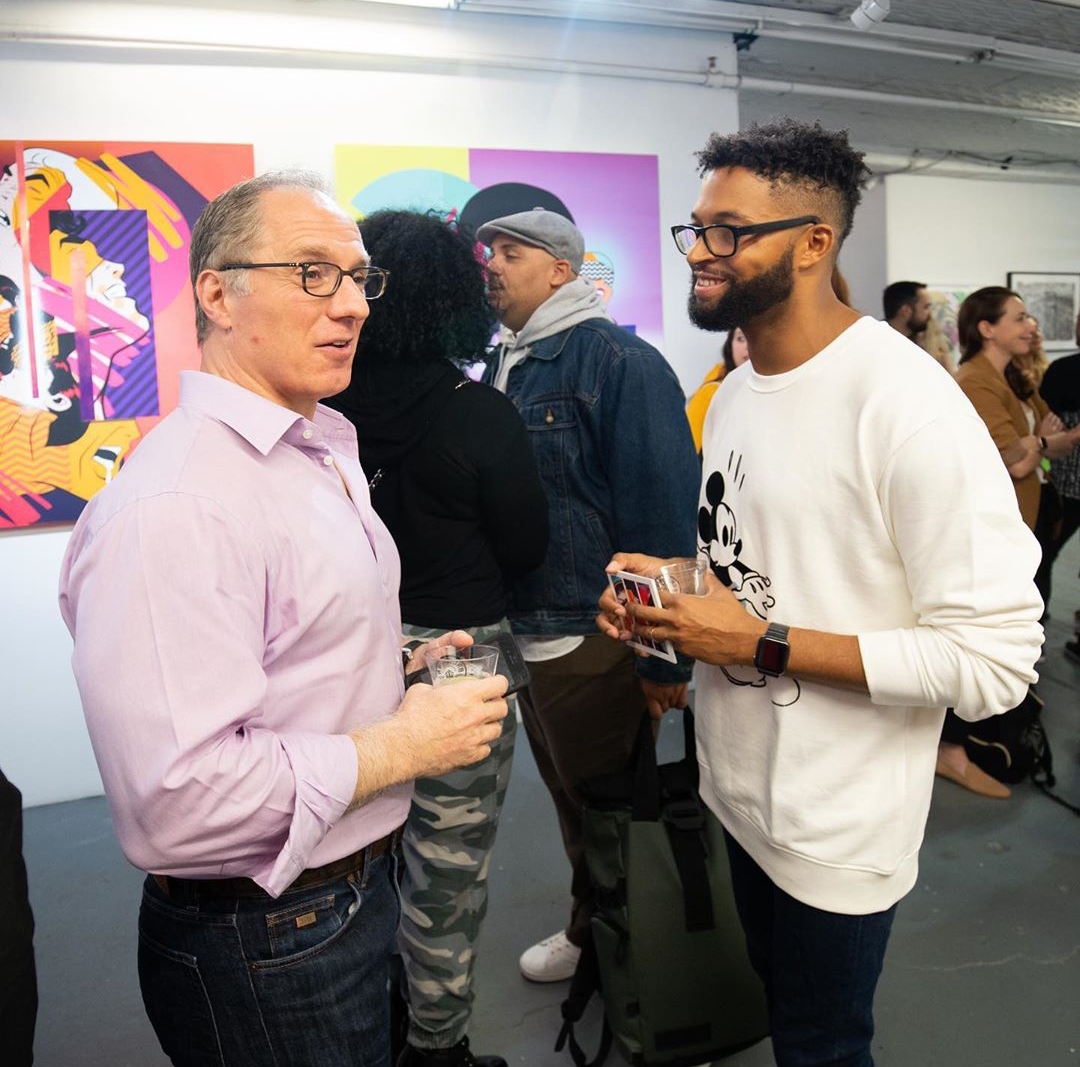 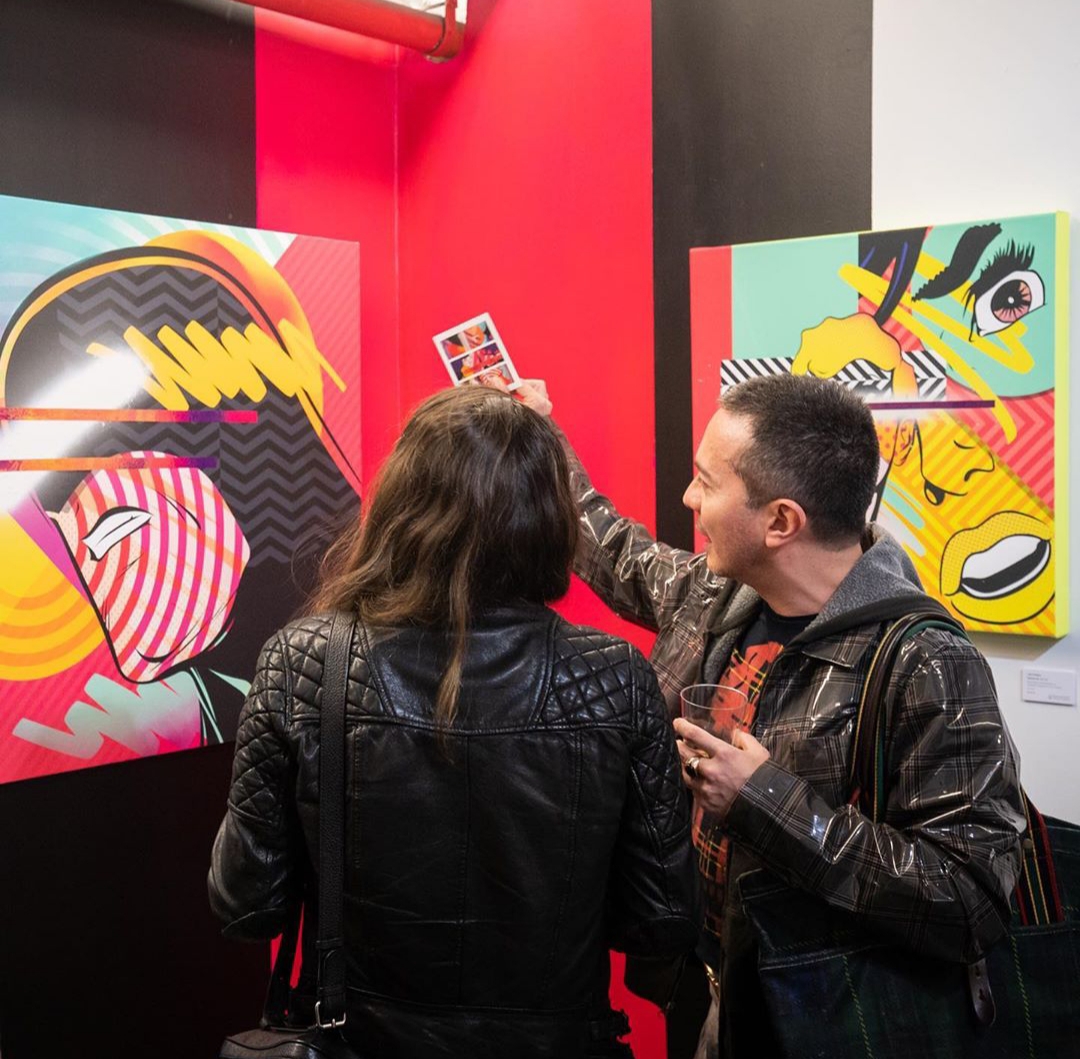 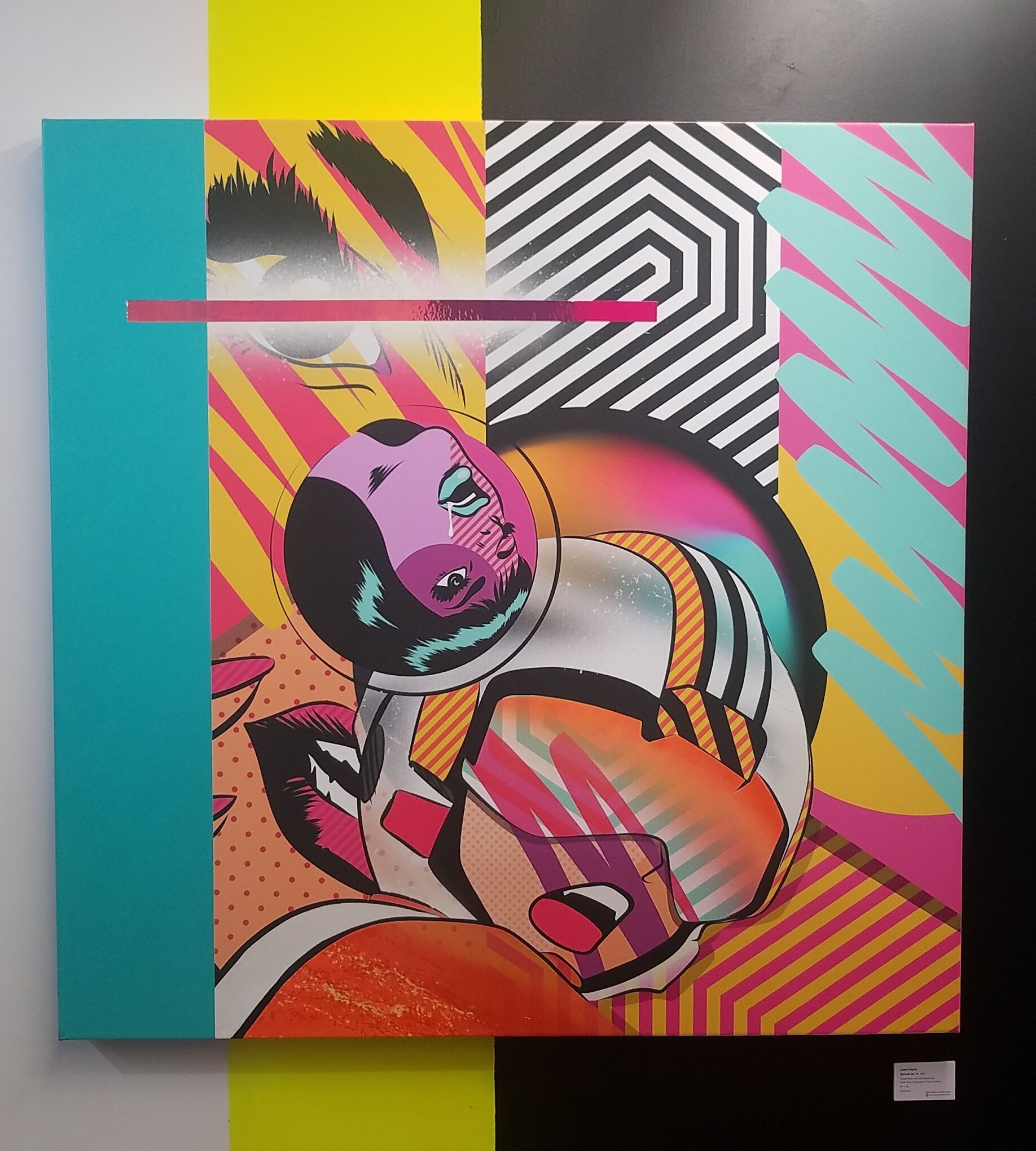 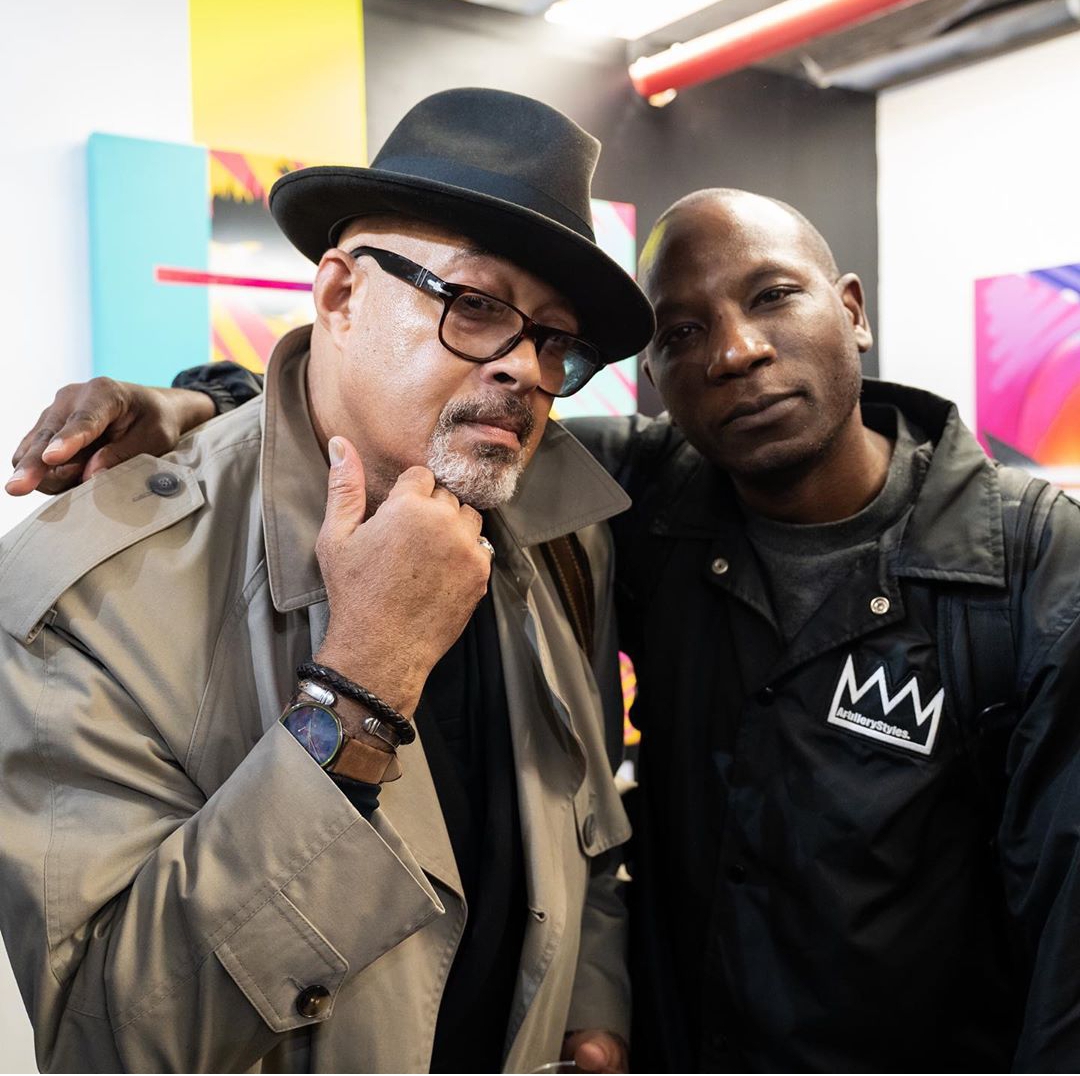 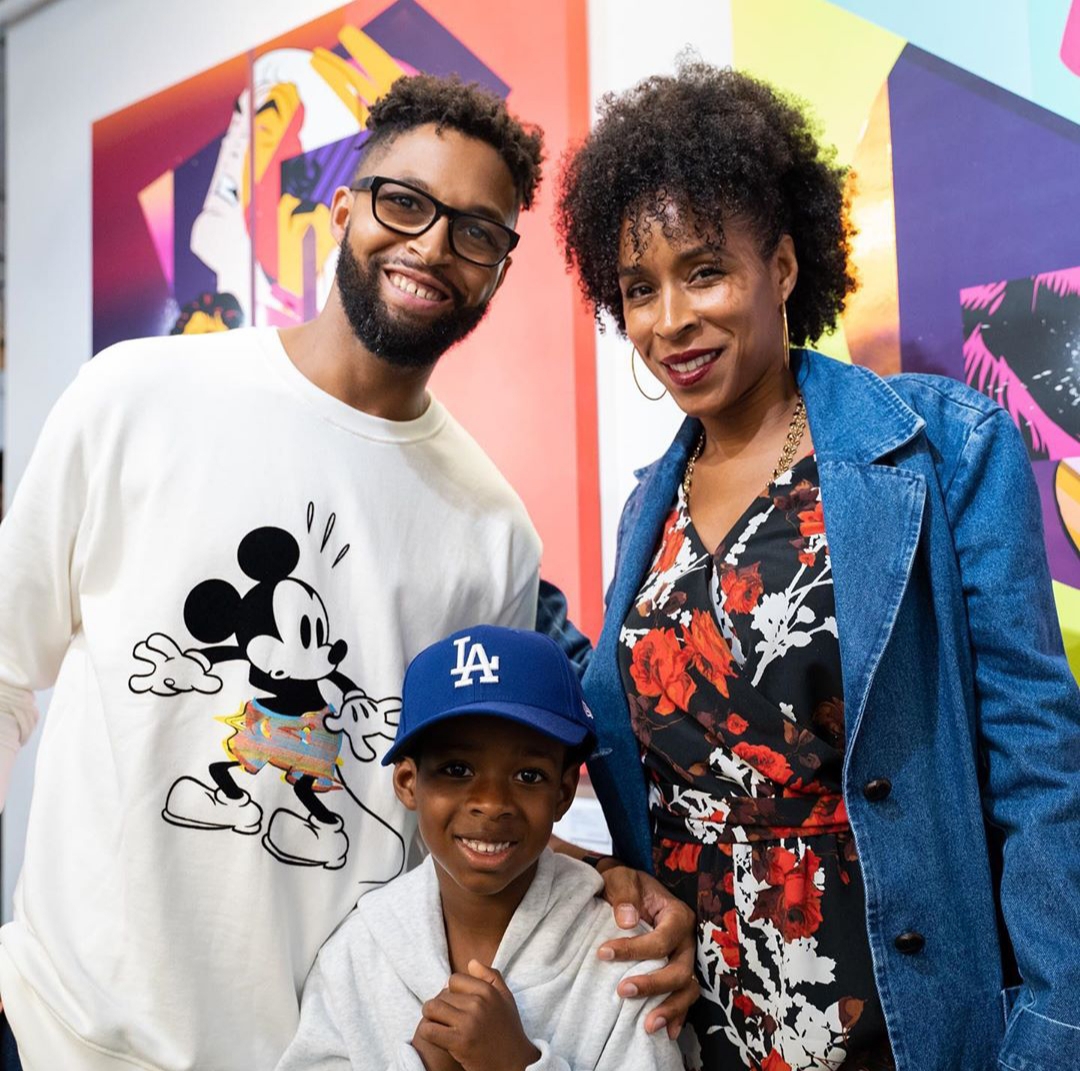 A week back, I had the pleasure of attending my brother, The Elroy Jenkins’ first solo gallery exhibition displaying some of his work. For years, he has helped to capture the Hot Peas & Butta and now Nostalgia King imagery and bring them to life while at the same time acting as head designer of Passion & Poison Studios yet still finds time to build his portfolio of personal works. His debut solo exhibition, Saturday Warnings “The Distortions of Memory and Broadcast” is currently being shown at Gallery104 in New York and features his takes on something that we all love very much, Saturday morning cartoons. On display are his works that takes some of our most beloved characters and changes our perception of how we’re used to seeing them on the small screen and tube TV’s.

It was great to see so many old faces as well as new ones enjoying the hard work that The Elroy Jenkins put into curating art that spans and connects generations. Pulling from the likes of Hanna-Barbara, Filmation and Ruby-Spears film companies, seeing these images blurred and distorted captures a nostalgic memory of adjusting the rabbit ears on the television set to sharpen the picture in a pre digital world.

If you’re in the New York City area, I highly recommend you stopping by Gallery104 which is located at 7 Franklin Place to check out the exhibition.