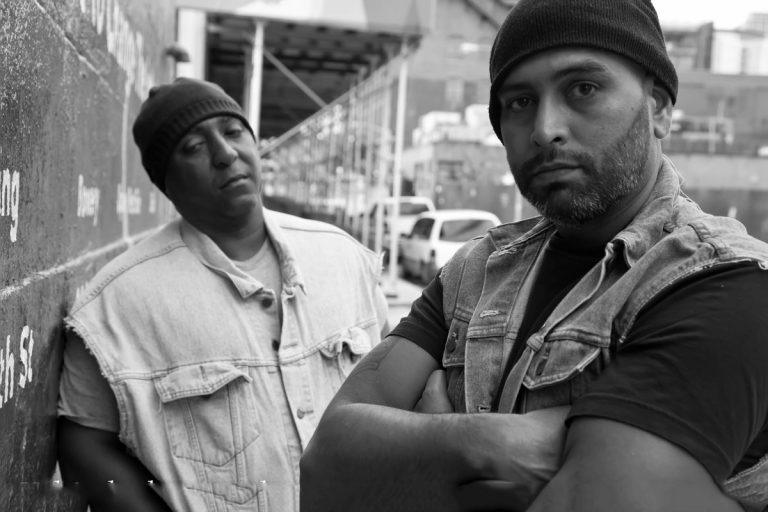 I was just in conversation the other day telling someone that Hip Hop was much better when a 12″ would drop featuring (insert producer name) remix version to an already dope song. The days of hearing a remix and being excited about it comes far and few in between these days as does actual great sounding rap. There used to be a handful of go to remixers throughout the years that were guaranteed to deliver something refreshing without taking away from the original, yet standing on it’s own two feet. The duo of Jerry Beeks and Ollie Miggs aka Bronx Slang whose album we previously reviewed here at Nostalgia King have just delivered a nice remix project to their single “More Grief” featuring Barry Beats, Cut Beetlez and Nick Faber, a few producers that should already be on your radar.

Si Spex aka Barry Beats aka one half of The Creators (pushers of the influential ‘The Weight’ featuring such hip hop heavyweights as Masta Ace, Diamond D, Mos Def, Talib Kweli, Marley Marl, Madlib and Craig G), focuses on flutes and organs throwing up peace signs, the folk-ish crossed legs vibe given a lyrical figure four leg-lock.

Dreamy strings and typical turntable aggression from Finnish phenoms Cut Beetlez are told to behave by Beeks and Miggs smashing their way from out of a lava lamp, and the chirpy chimes and showtime pianos supplied by Fabyl chief Nick Faber skip headfirst into B.S.’s patent karate chops bruising you from the inside.