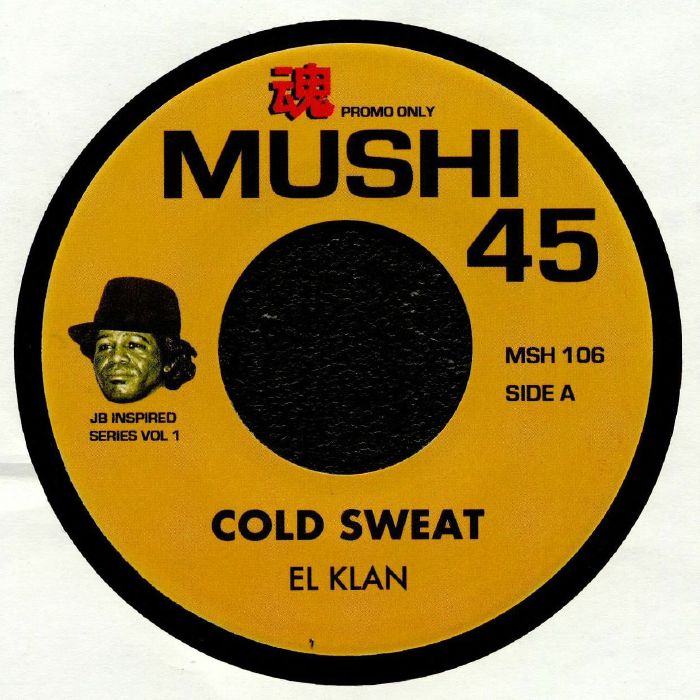 I always say that if you’re going to cover some classic shit, then you better do it justice and some of the finest cover versions of James Brown classics were all done from various regions of the globe back when James was the inspiration and blue print of the funk sound. Mushi 45 hits us in the head with yet another killer of a 45 this time taking on the task of delivering two obscurities in the world of Soul Brother #1.

“The first boasts two thoroughly obscure covers of “Cold Sweat”. On the A you’ll find a tidy tweak of a rousing, raucous and sexually charged 1968 version by El Klan, a Mexican band renowned for their heavyweight take on funk, soul and rhythm and blues. Over on side B you’ll find an interpretation from the John Wagner Coalition that originally featured on their 1976 debut album, which unusually was made up entirely of James Brown covers. Their version is a little more laidback, with tons of spacey synthesizer flourishes, crunchy Clavinet lines and oodles and wild Hammond organ solos.”