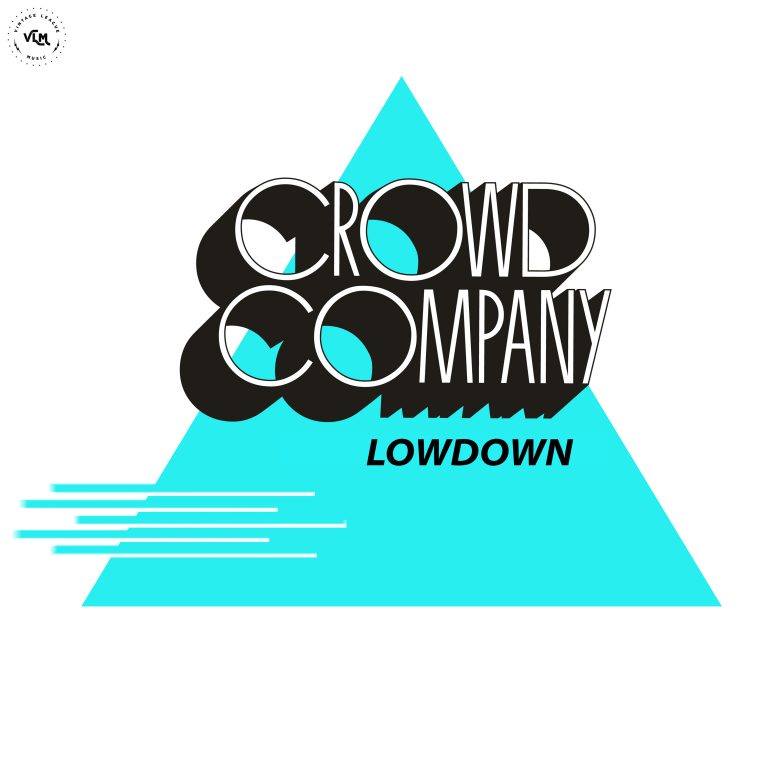 It seems like the word “authentic” has been popping up a lot more in my daily conversations when discussing the sound of music and images that people portray through their art. It’s easy to fake it until you make it but the hard part of the creative process is actually being true and authentic to what you are trying to present especially in an era where music has gone in so many different directions but all stemming from the same highway. The sound of funk is one of those things that should never be faked and no matter what type of spin you put on it, it’s either got that groove or it doesn’t which is what separates the pack.

After getting well acquainted with their previous single Express 76 which stormed through dance floors with a fierce whirlwind, the UK funk band Crowd Company continues their explosion with an incredible follow up and single, “Lowdown”. Serving as a tasty appetizer to their forthcoming and third full length LP, Lowdown is another uptempo sexy horn and slinky organ driven stormer led by some heavy sassy sister funk to keep the rhythm in the pocket and the groove on the move. It’s a well balance slice with a modern take on a vintage sound that’s polished like a fresh pair of made in Italy Florsheim’s that you’re not scared to scuff up once in a while cutting loose. Either way, it’s something that should be in rotation and deserves plenty of radio play and broadcasts worldwide for a refreshing sound.

Having put quite a bit of stage time in performing and recording while gaining praise from industry peers including George Porter Jr from The Meters, Daptone act Saun & Starr, as well as opening for The New Mastersounds, The Monophonics and Alan Evans Trio, it’s obvious that Crowd Company are in a good alliance and well on their way to hopefully becoming a household name. Take the time now to get familiar with them so that when their upcoming LP drops in 2020, you can say that you were hipped and up on them before they blew up and sound especially cool to all of your friends who don’t quite have the magical ear that you do.