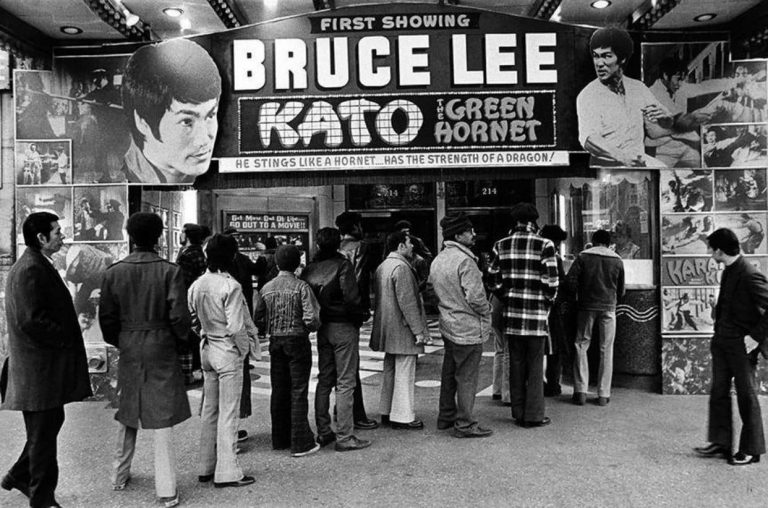 Although Bruce Lee starred as Kato in The Green Hornet TV series, his popularity was so high that the production company thought it a great idea to bring a new version to the big screen. The theater adaptation wasn’t necessarily a new movie but rather multiple episodes from the TV series that were edited together to create a feature length film. Unlike the television series which The Green Hornet was the main character, in the movie world, Bruce was the bankable star the film was billed with Kato as the main character in The Green Hornet. The TV episodes used and edited together included “The Hunters and the Hunted,” “Invasion From Outer Space” and “The Preying Mantis.”

Our good friend and collector recently posted this amazing photo of The Amsterdam Theater on 42nd street & Broadway in New York.