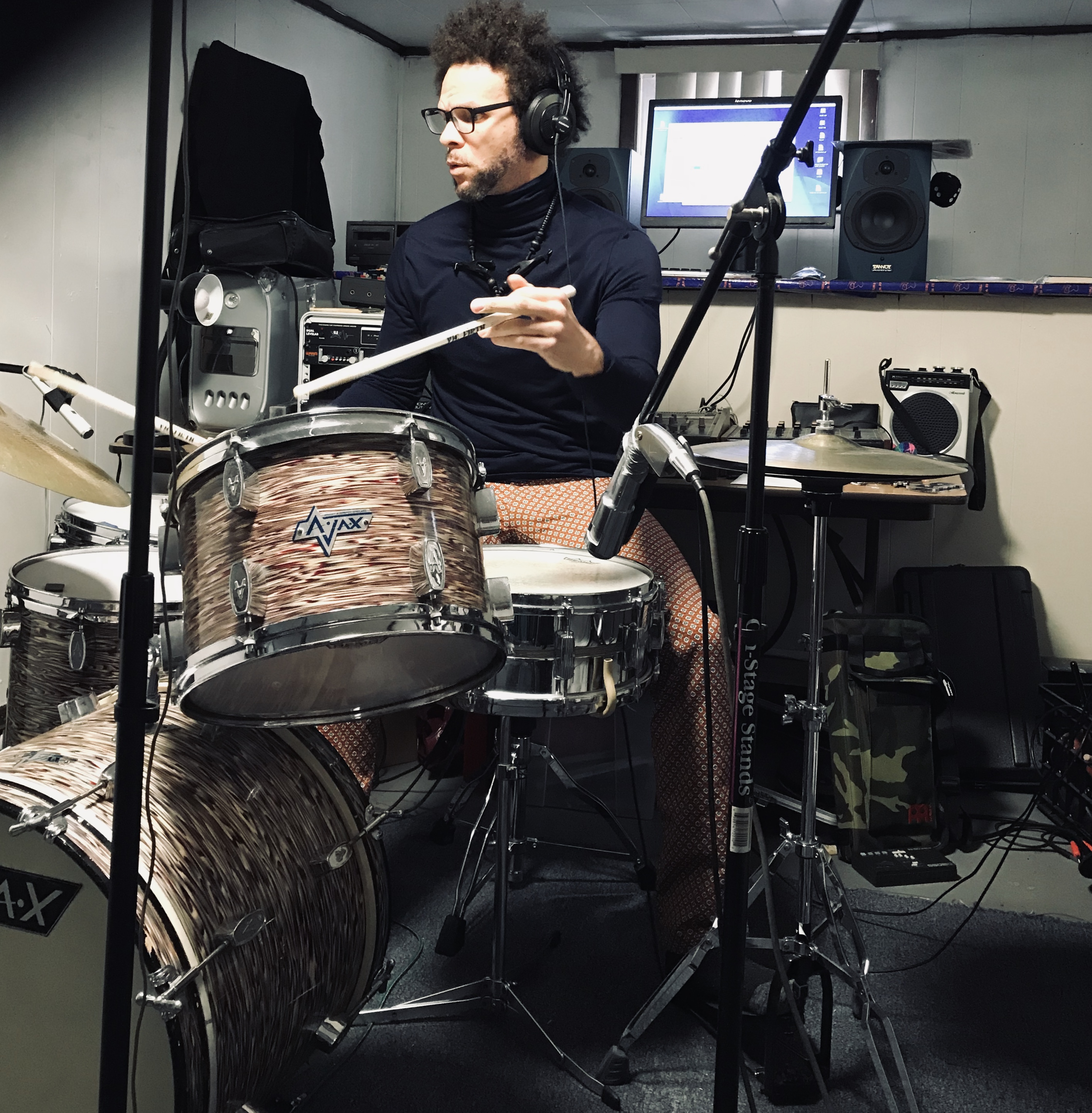 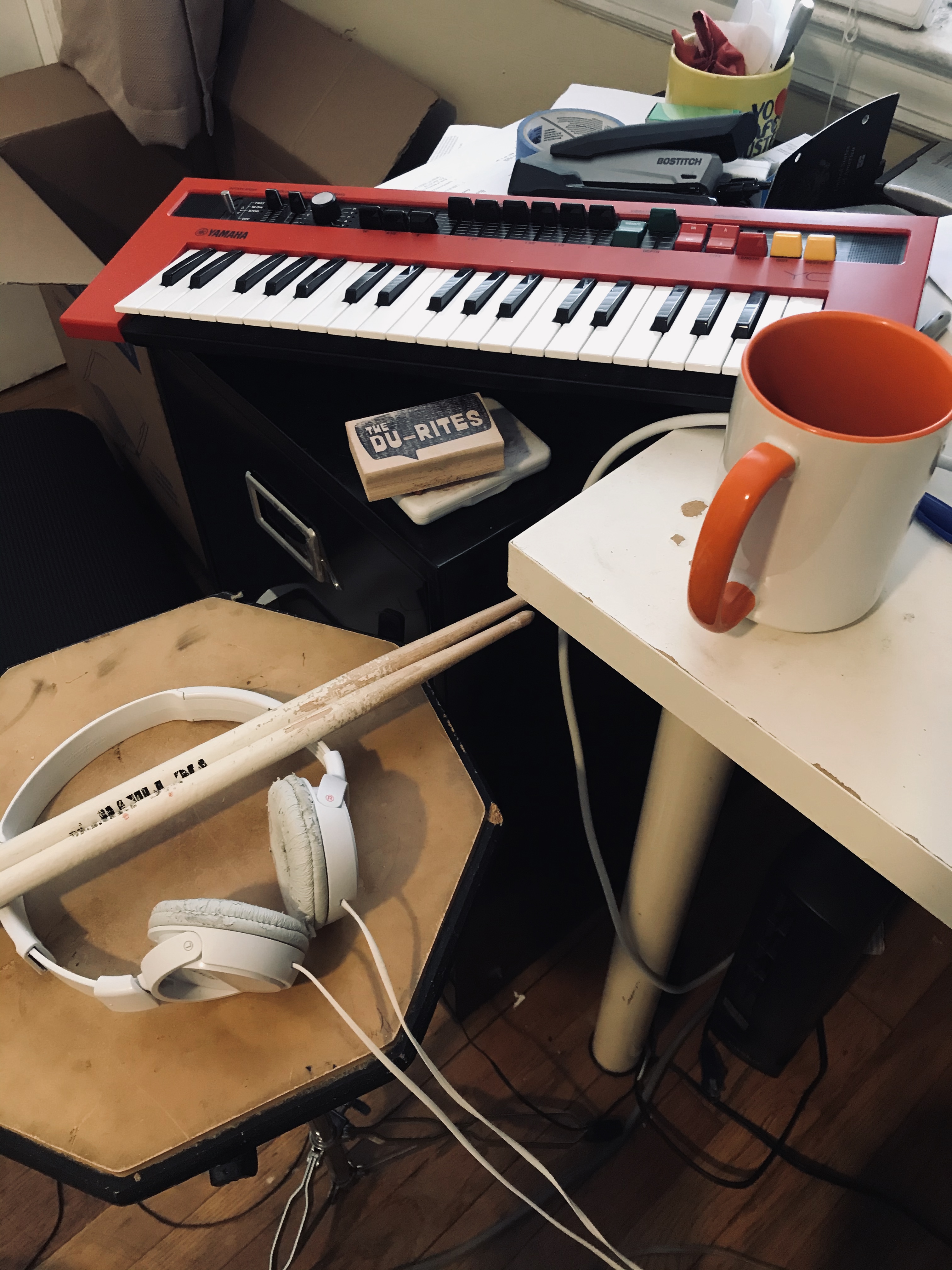 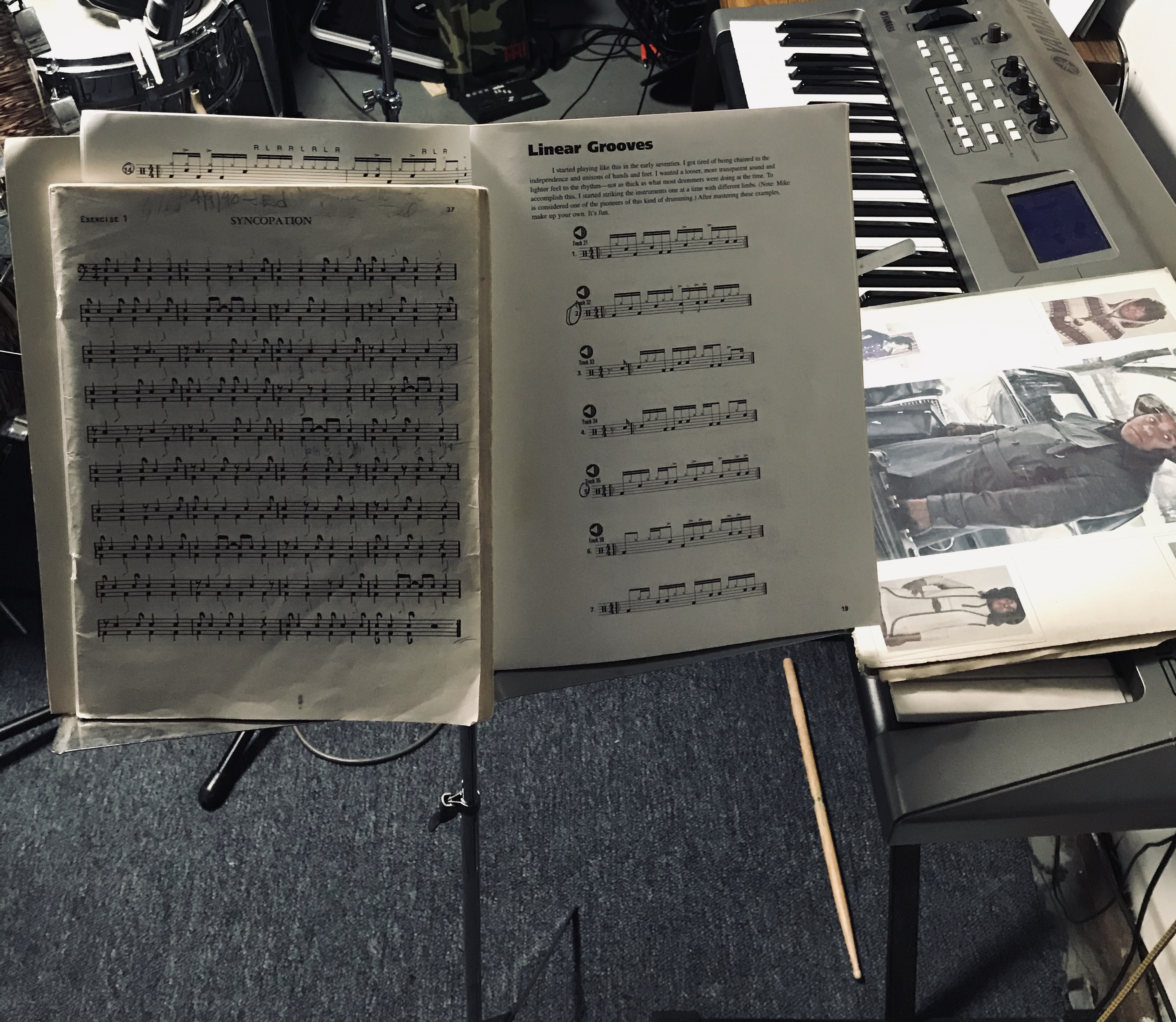 DJ’s are usually creatures of the night working late hours in hopes of arriving back home after the gig at a decent time to get a few hours of sleep in before getting the day started. But there’s something slightly different about the working hours of musicians who wear multiple hats which includes running a label, packing product and making post office runs, before beginning the day creatively to work on their craft.  That actually sounds like the day of drummer extraordinaire J-Zone now that we think about it. He’s quite possibly the busiest man alive or at least the busiest drummer known to man who takes on a lot of work which adds to his already impressive resume of releases, clients, writings and tour gigs. But with everyone in isolation at the moment, we could only assume that things have slowed down for J which makes for the perfect time to catch up with him to see how he’s maintaining during this times mentally, physically and creatively and hopefully he can pass on some knowledge to you the reader that could help you in your day to day process.

Skeme – Prior to this pandemic situation that’s taken over the world, you had quite a few things going. You were teaching a music class, doing a few live shows plus recording a new The Du-Rites album. All of that has suddenly come to a standstill, how are you shifting your creative and musical time to fill the void?

J-Zone – We’re still working on The Du-Rites album and the frustration of all this is actually fueling some good music (laughs). But it does suck to not do my usual writing sessions with Pablo and rehearsals with Billy and Bruce, where a lot of the more organic ideas come from. But we’re doing the best we can in the era of WeTransfer. With school and the live gigs gone there is a financial pinch, but for me live shows are more about getting my chops and experience up and less about money. At this stage of my career that on-stage experience is invaluable, but it’s not my biggest revenue stream. Money aside, being musicians, our lifeline is to get up there and play and give people enjoyment with our craft. There’s no feeling like playing live with other musicians and not having that is lousy.

Skeme – Your primary occupation is a drummer and you’ve played on quite a few projects over the last few years. Being a session drummer is a big part of what you do and now that studios are shut down, are you still seeing any jobs come in from artists that you can record from home or is it pretty much silent at the moment?

J-Zone – The drumming work has stayed fairly consistent because so much of it is done remotely. The artists will send references and I cut drums here. The ‘all musicians in one room’ sessions are obviously not happening but the only gig I have where we actually record that way is the Ben Pirani stuff. I released a one shot library of 100 drum sounds that’s doing well and in tandem with the four drum break records, there’s a revenue stream because so many producers and composers are stuck at home and need sounds. But so much music income comes from the disposable income of others so we’ll see if things still hold up come summer when we’re a few months into the economic spiral. It could eventually trickle down to the drum library income, which is actually thriving with the social distancing stuff at this moment.

Skeme – Do you have a specific place at home where you work or spend most of your day?

J-Zone – Studio. I did start a 30-day hand workout regimen for drummers on April 1 and am trying to monitor my progress on May 1. It’s one of those YouTube play along things to get your hands loose with the rudiments and stuff. That takes about 45 minutes and I do that on the practice pad in my office, then do social media, accounting, e-mails, file transfers, any shipping, etc. So I’m in my office maybe 2-3 hours a day and the rest of my work time is in the studio.

Skeme – Now that you’re not leaving the house as much, do you find yourself caring less with getting dressed or do you still have a routine that keeps you balanced?

J-Zone – I wore sweats most of the time pre-pandemic because I work from home and run to the post office and gym, grocery store and back home. That’s my usual routine if I’m not rehearsing or doing shows. But I did buy some mean print slacks and a couple shirts in March for gigs that I won’t have a chance to wear for the foreseeable future, so I throw those on sometimes when I practice so if I catch a cool segment for social media, I got some threads on in the video! Otherwise it’s gym attire.

Skeme – What’s inspiring you at the moment to stay creative and productive so that when this period of isolation is over, you can set right back in and keep it moving?

J-Zone – Reinvention and a deep fear of living in the past. It’s an ongoing focus. People are reminiscing on social media a lot with the isolation so I get a ton of “Yo Zone, when you going back to rapping and making beats?” I really appreciate the love but I’d rather jump through a plate glass window from 1000 feet up than go back to doing that shit (laughs). It just reminds me that what I’m best known for is something I’ll never go back and do again, and I have to set up my future. The pandemic slowed that roll a little bit so the anxiety and instability has me feeling like I’m 18 and starting from zero. But I’m 43! That’s what inspires me to work even harder. I have to really establish myself all over again without running on fumes from what I did 20 years ago because the past is irrelevant to me. I love that challenge. I gotta earn my stripes and if Du-Rites and the other bands I’m in can’t play live, I gotta tighten up and be a student for now to get the same excitement. And of course all the great music I’ve been discovering with the extra time at home. I’m heavy on Mitch Mitchell and Elvin Jones videos lately and getting all types of ideas for both drumming and songwriting. It’s all inspiring me to bust my ass so when I get back out there, you’ll know I was hungry the whole time.

Skeme – What does that average day for you look like right now?

J-Zone – Wake up around 8-9, eat, coffee then get to it. Mornings vary. Sometimes I clean the house, make phone calls. This particular week I’m planning on getting a new computer because mine is almost 20 years old. Everyone jokes about my Mac G4 and I love it, but I’m afraid it’s gonna croak soon. So this week I’ve spent mornings backing up and organizing all my hard drives so that when I eventually get the new set-up, I’ll be good. After lunch I do the hand workout I mentioned, video editing for any content I have, try to write some songs, then get some exercise at 5PM. After that eat dinner and then do my drum set practice and recording. Sometimes I record in the afternoon instead of the evening, it depends on if I’m in the middle of a hire job or just doing my own music.

Skeme – What are you doing to stay mentally and physically healthy during this time?

J-Zone – Mentally, taking one day at a time. I don’t watch much news; one check-in per day. I try not to panic. Shit is bad, but I’m more concerned with the health and financial strain we’re under than not being able to hang out. I just miss playing music with my friends and for the people, seeing my folks and friends, the barber, the gym, certain restaurants…my regular routine. We take that for granted. But beyond that I dislike crowds anyway so that part of the social distancing is whatever (laughs). Physically, I’m lucky to have a backyard so I run back there a few times a week with the Adidas app to track my workout. Then calisthenics and some stretching and light weights.

Skeme – With most DJ’s and artists going live to showcase their talents, I have yet to see you do so. Yet, I’ve consistently seen your social media feeds of you honing your skills and working on new projects. Why is that more important for you to do instead of going live to drum?

J-Zone – I’m not knocking anyone for going live. That’s cool. Depends on what you’re doing I guess. I have no interest. Sitting there for an hour struggling through learning a new groove, people wanting to interact while I’m trying to focus…what’s the point? (Laughs). It would be a distraction for me. We’re in the era of oversharing, “fans only,” easy access and all that jive shit. I get it and I share some of my process, but there has to be some mystique and taste. Maybe it’s the era I’m from. I just post short clips of whatever it is I’m working on, shit that inspires me, same stuff I always post. Interact with people a bit and then bounce. I keep it brief – 30 to 60 seconds, you get the point. Anything else I’m doing is superfluous bullshit that doesn’t need to be live. “Yeah, I’m going live to say the CDC don’t want you to know you can kill Covid with lemon peels in boiling water!” I’m not a Goddamn disease expert. That adds zero value. I would much rather do a live interview and talk music or drums with another music nerd, with the split screen. I’m with that. Or, if The Du-Rites were somehow in a room together with the gear…then yeah! Otherwise I feel like it’s just noise.