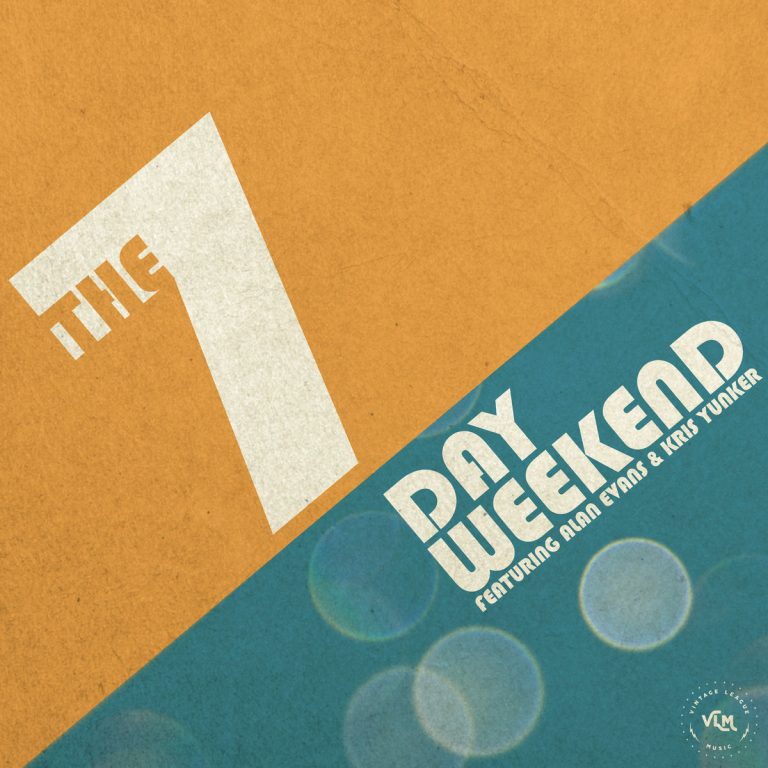 Unless we’re discussing pre 1927 silent theater presentations, sound and film has always gone hand in hand as each paint a picture of the other to tell as story. Great composers are not only able to compliment an existing visual image and make it complete, but they are also well versed in telling a story without the use of sight through soundscapes and instrumentation which is where we connect the dots to our next feature review of “Mango Moonrise” by The 7 Day Weekend.

The 7 Day Weekend consists of the duo of Alan Evans & Kris Yunker who combine their song writing and production aesthetic to create what they describe as ‘electrorganic music’. Alan Evans is a founding member of USA band Soulive and renowned as one of the best drummers in the modern funk / soul-jazz world. While Yunker, who is an acclaimed keyboard player and composer – he has enjoyed success with funk outfits such as On The Spot Trio and Ae3, as well as with Jen Durkin And The Business, Wubakia and as a sideman for numerous other artists.

The 1960′ and 1970’s Library productions are the greatest era’s and usage of film music so it’s no wonder that their love of these themes were born from and influenced by the sounds and compositions of film composers during that time. Think about the greats who have captivated our ears like Morricone, Umiliani, Cipriani, Schifrin, Mansfield and Hawkshaw to name a few, now focus to the present day where many of today’s composers who were inspired by the previous generations have all contributed to keep a certain aesthetic alive and you will find The 7 Day Weekend right in the mix.  Mango Moonrise is a song with melodic and drifting melodies that rise brighter with each pass above an solid but simple rhythmic under current. The perfect beginning and end to your 7 Day Weekend as the moon rises with a mango glow.