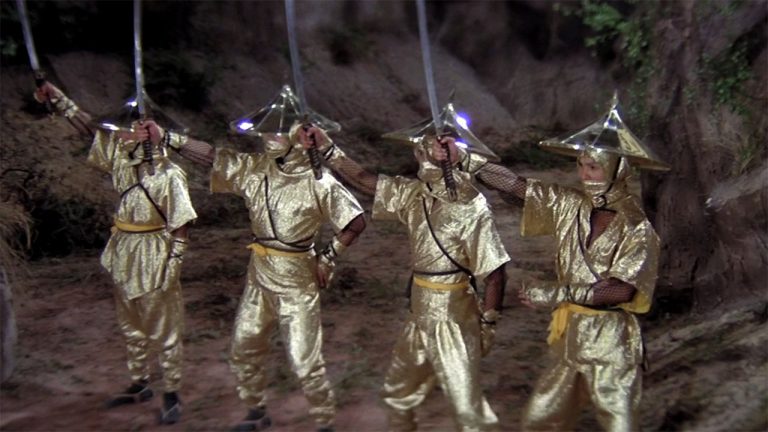 It’s the 5th day of the week so 5 is the magic number and we’re revisiting a pair of our favorite Kung Fu films that begin with “five” or the number 5 in the title for you Friday viewing. Both films a Shaw Brothers classics and have been screened more times than I can remember.

Following things up is 1982’s Five Element Ninjas aka Super Ninjas which was one of the last Kung Fu films that I remember reading on the theater marquee as a kid. Once again, another Chang Cheh directed film and one of his final films that didn’t feature his usual go cast of actors who had all moved on by then.