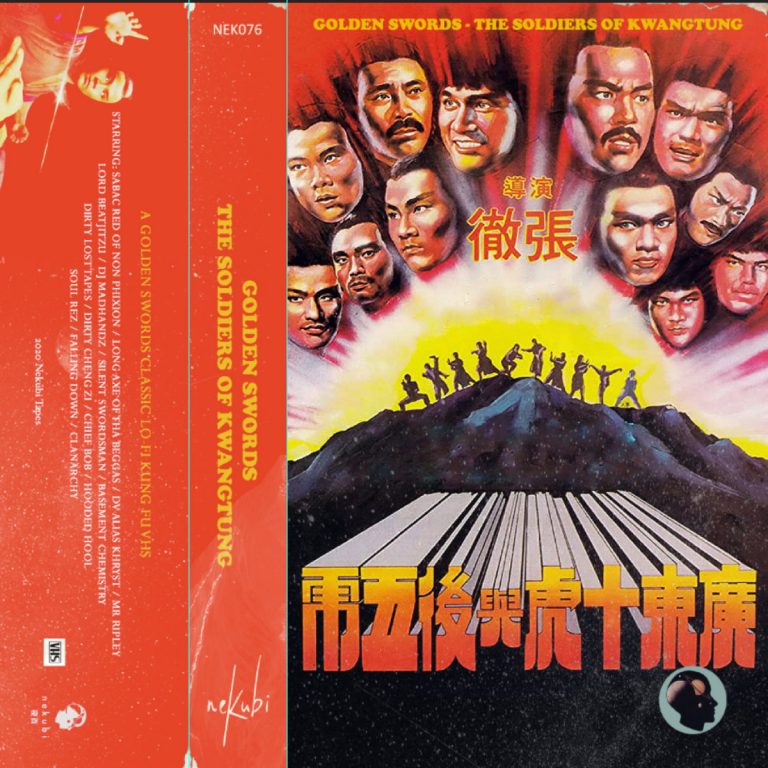 The Golden Swords – The Soldiers of Kwangtung

If you know me (and I’m sure you do), then you know that when it comes to classic Kung Fu flicks, that’s my lane all day. So when classics are connected to those who create Hip Hop while pulling inspiration from those same flicks that we grew up on, I’m all ears on deck to hear what’s good. Which is just the case with what’s going on at Shaolin Disciple and their continued output of combining both worlds to pay homage to a genre that’s deep. Over the years, they’ve released cinematic works on cassette diving into the archives of samples and classic Kung Fu soundbites bringing underground sounds and boom bap to ear drums of disciples across the land.

Their latest release (previously digital only) from The Golden Swords now gets a vinyl 12″ release that’s ready to slice and dice with ease from the sharpest blades. “The Soldiers of Kwangtung” is a 12 cut LP featuring exactly what you would expect, raw shit for the heads that understand the sound and dialect that’s spoken in code like the Fu Sheng and the 5 Masters of Shaolin. With so much going on fighting for your attention, it’s great to hear raw beats, rhymes and cinematic Kung Fu references throughout to just sit back and soak into.

Head over to https://shaolindisciple.bandcamp.com for the sharpened blades then check out The Soldiers of Kwangtung for the vinyl drop.