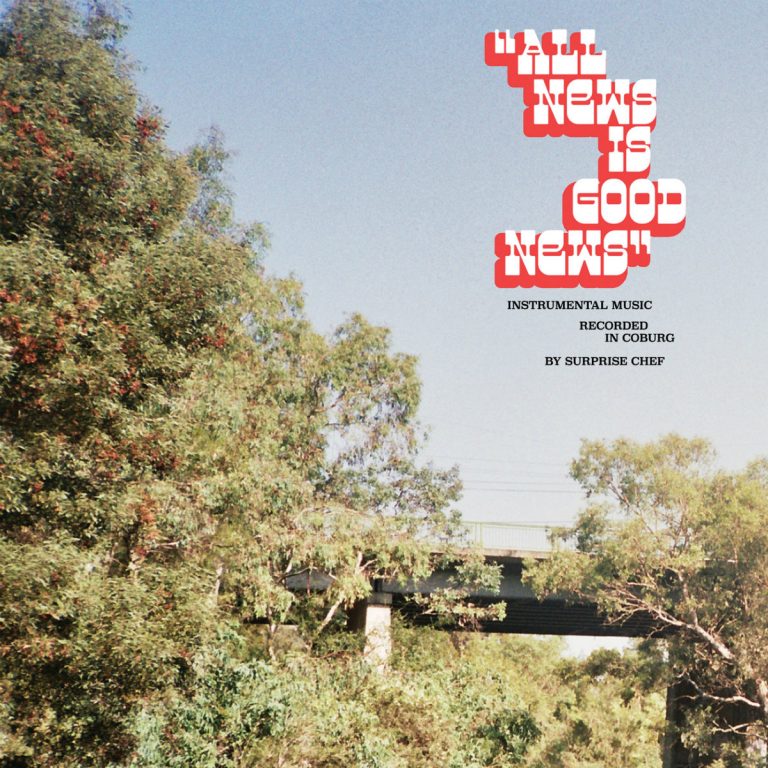 As a heavy lover of films from 60’s and 70’s, especially in the exploitation, Euro-crime and sexploitation genres, soundtracks and themes are just as important as the acting itself. Library music plays a very important role in complimenting these films and in 2020, we’re still getting some of the most amazing compositions from bands and composers even without the films to go along with them. One of the latest bands for to makes its way to my home audio system is Melbourne’s instrumental soul group, Surprise Chef. The new album “All News Is Good News” is a dramatic Library’esque gem with cinematic arrangements echoing both light and dark delving into moments of dissonance and positivity. Think lo-fi cousins of David Axelrod and Janko Nilovic and that’s exactly what you’ll hear coming out of the speakers.

Having flown under the radar of most, All News Is Good News” was released on the bands own ‘College of Knowledge’ imprint back in 2019 which slipped rapidly into the collective consciousness of underground music lovers around the world with copies selling out within a week. Mr Bongo knew exactly what they were hearing which makes sense that they would then bring it back to the forefront with a new release.

Formed at the endow 2017, Surprise Chef have grown within the fertile, creative, and supportive Melbourne music scene. Whilst the band is comprised of four core members, the album features friends and family as guest instrumentalist on flute, saxophone, vibraphone, congas, and assorted percussion; all adeptly recorded by engineer Henry Jenkins from the band Karate Boogaloo. The Warm-raw-authenticity of the album was captured in the recordings live to tape over a handful of sessions in the band’s home studio in Melbourne’s inner-northern suburb of Coburg. As band member Lachlan Stuckey explains “All of the music we record is tracked live to tape, simply because so many of the records we love most were made that way”.

If this is your sound and it very well should be, then All News Is Good News needs to find it’s way into your crate essentials list!