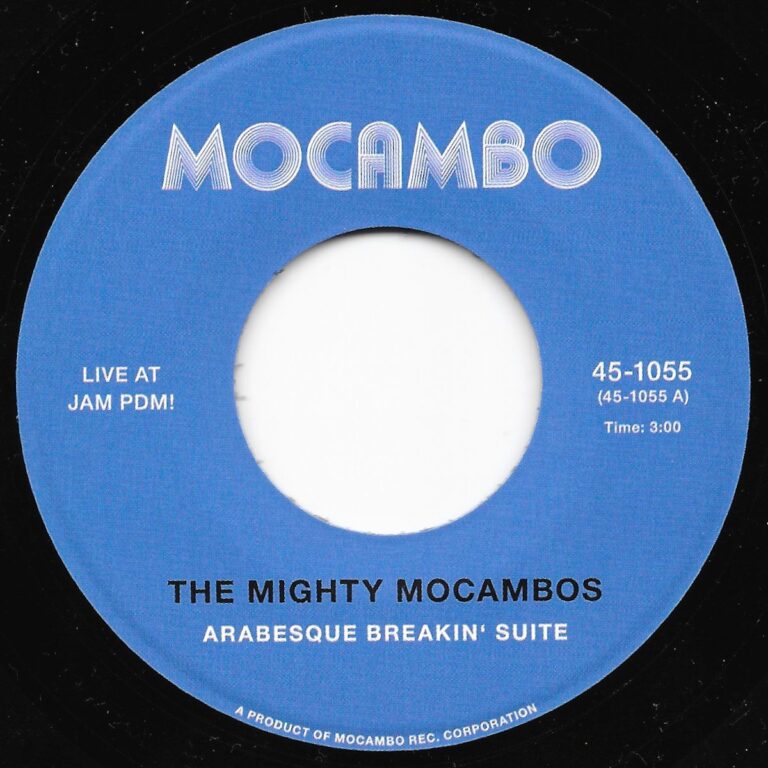 2020 has been a roller coaster ride of nauseating up’s and down’s, high’s and low’s and of course a lot of hopes of better times. As with most moments in history where the chips are down, art and creativity is pushed further which gives us a glimpse of light at the end of the tunnel and this year is no different. There maybe a shortage of club nights going on, but there surely isn’t a shortage of music being released especially in the physical format which can be looked at as discovered treasure being dug up to bringing our ears plenty of joy.

A name that really needs no introduction in the world of not only Funk recordings but the global scene of B-boys and B-Girls worldwide is The Mighty Mocambos and their connection to both of those scenes go hand in hand dating back a decade plus. Appear at any breakin’ event worldwide and you’re sure to hear The Mighty Mocambos being played with DJ’s rocking heavy doubles of some of their classic breaks. For years their 45’s took up valuable real estate in my 45 bags as I toured the international breakin’ scene giving B-boys and B-Girls the business and funk & soul nights guaranteed satisfaction on the dance floor.

Still a mainstay and deep within the scene, The Mighty Mocambos have a new 45 release and something that’s rather special to say the least which shows exactly why they are the Kings with their own castle. Recorded live and straight to 8-track back in February while the band performed at JAM PDM! Breakdance Battle at Fabrik Potsdam, the new double-sider features “Arabesque Breakin’ Suite” on the A-side which is everything that we would expect from them! Hardcore funk, heavy drums, blaring horns and a rhythm and groove that would make any true school B-boy hit the cypher.

It’s not often that we’re treated to live in the moment recordings with an audience looking on, but listening to the new 45 you get the feel of being in that very space with a room full of people throwing hands in the air, swaying side to side and jumping with excitement as the band goes all in. Let’s just call this another essential sure shot from The Mighty Mocambos which continues to seal the deal on why they’re so very important to Funk music and continue to excel in every way.