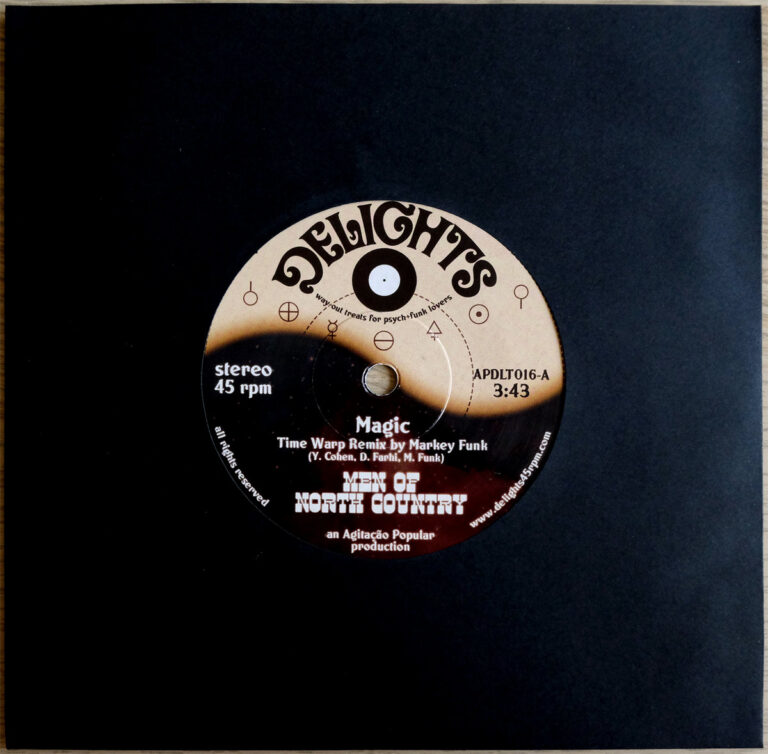 One of our favorite labels that never disappoints and always comes with something amazing for our ears does it again and this time putting a twist on two previously released gems. 4 years and 12 releases down the line, Delights returns to its [re]starting point and presents a vinyl debut of two archive remixes from the label’s founder and “head confectioner” – Markey Funk.

Both cuts are groove-heavy reworks of songs by local Israeli bands: “Magic” by Men of North Country – on the A-side, and “Sparks” by 3421 – on the flip. Both remixes are kaleidoscopic excursions into space age romance, sci-fi psychedelia, cinematic funk and the early days of electronic music.

With both sides initially produced in 2013, this new 45 offers a curious look into Markey’s personal journey in sound between the debut LP by Group Modular and his own sophomore album “Instinct” – and the following relaunch of Delights.