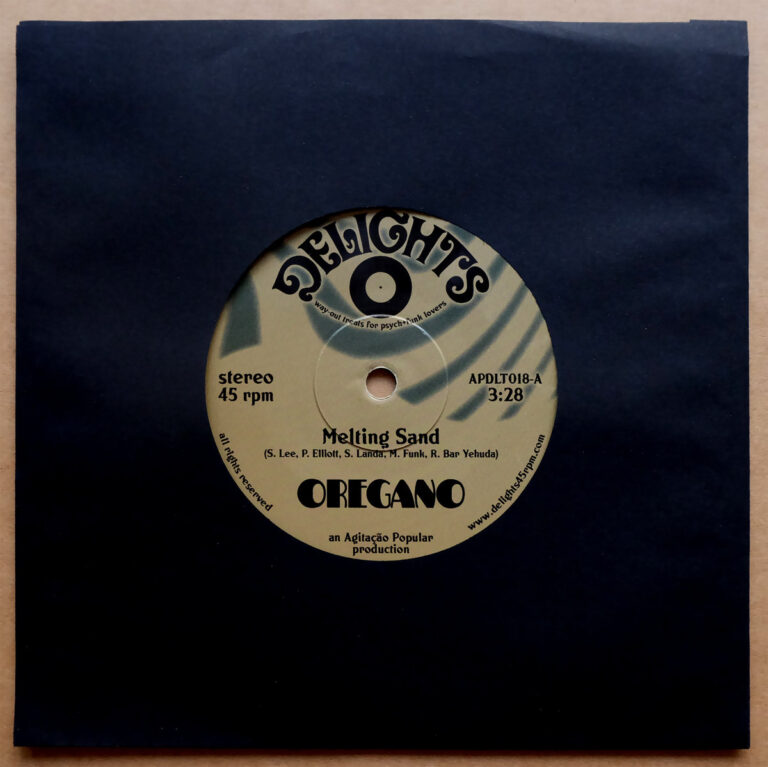 I honestly wish someone would hire me to pull the finest cinematic sounds for their feature film or documentary because I would absolutely lace their production unlike anyone else, seriously. With the amount of great vinyl releases covering the cinematic spectrum, there should be more directors digging deeper to enhance their films and one of the first labels that should be sought out should be Delights.

Closing out the year on a strong note, Delight continues to venture out into uncharted territories with releases and the upcoming debut by Oregano is the perfect example. Featuring an all-star cast, Oregano is a new collaboration between Shawn Lee, Paul Elliott (JetTricks, Eleven76, Hot Border Special), Shay Landa (RPS Surfers) and Markey Funk. With a lineup like that, you know that you’re in for a treat.

Taking advantage of the Tel Aviv premiere of “The Library Music Film”, the four minds had met spontaneously in the studio to jam together, while switching between drum-kit, bass, Vox Continental organ, a rare MinitMoog and Soviet Polivoks synths. It took another year and a global pandemic for the first tracks to start taking shape, and, with further addition of special spicing from Shawn and Paul and a flute lead by Shay’s bandmate, Roey Bar Yehuda, Oregano’s first slice of otherworldly sci-fi library funk has materialized.

On “Transmitter”, the four swap places (Shawn on drums, Shay on bass, Markey on Polivoks and Paul on MinitMoog) and shift in a quirkier and more uplifting (yet still – quite out-there) direction.