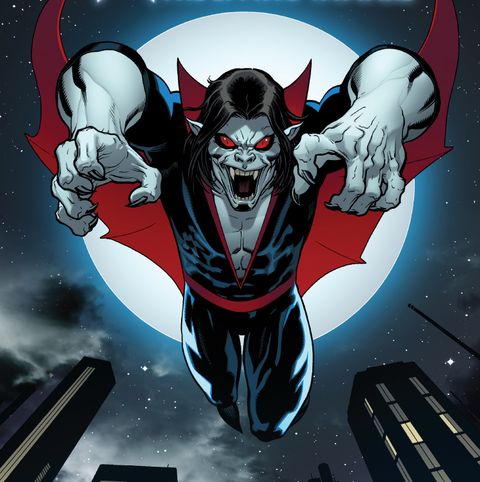 Since the beginning of the pandemic, I made it more of a point to connect with people that had similar interests, cool stories or caught my attention in terms of just being good humans who enjoyed life. Social media is still a gift and a curse but in the case of the pandemic and content being created, it’s become a meeting point for a lot of likeminded individuals through Instagram Live feeds on shows like Showoff Your Gems, The Stash, The_Sound_Sommelier and In Conversation with host David Zylberman. That along with having the opportunity to be featured in the debut and second issue of Holy Mountain Printing’s magazine, WDW3 chatting with fellow collectors, it’s been a very insightful journey over the last year. One of the people that I’ve had the pleasure of linking and building with his the New York homie, Morbius Comics who is an MC, true blue Hip Hop head and serious comic collector but most importantly a comic lover and reader who fuels his passion of collecting by having the thrill of the hunt in searching for gems to fill his collection.

Over the last year we’ve discussed holy grails, favorite artists, being a family man and having a spouse that supports your hobby, the hype of slabbing, the greed of collecting where an individual will buy every copy of a book in a shop so that they can corner the market and flip while real readers and fans are left out in the cold on getting their favorite book. I think it’s safe to say that we see eye to eye on pretty much everything and hold the same values of collecting and building a collection. With that said, let me introduce you to Morbius Comics.

Skeme: How were you first introduced to comics and what was your earliest recollection of going out to buy them first hand?

Morbius Comics: I’m the youngest of three boys and my oldest brother, who’s 5yrs older than me would pick up comics here and there and my other brother (the middle child) who’s 3yrs older was the one that was always buying comics. I was around 8-9yrs old when I remember seeing an X-Men comic, I can’t remember the issue but I read it and after that is when I started to take interest into comics.

I was 10yrs, the summer of 85’ and my older brother (the middle child) was on his way to corner newsstand that was two blocks away, on the corner. I didn’t have money so he let me pick out a comic and he brought it for me. The comic was Web of Spider-Man #1 I still own it.

Skeme: Interesting that you mentioned the corner newsstand because some of my favorite moments as a kid was buying comics from the newsstand and corner drugstore. That was the way my older cousin did it, that’s the way my uncle who got me into collecting so that’s what I did prior to hitting the shops. It was like Christmas to walk to the corner with some change in your pocket and buy a book. 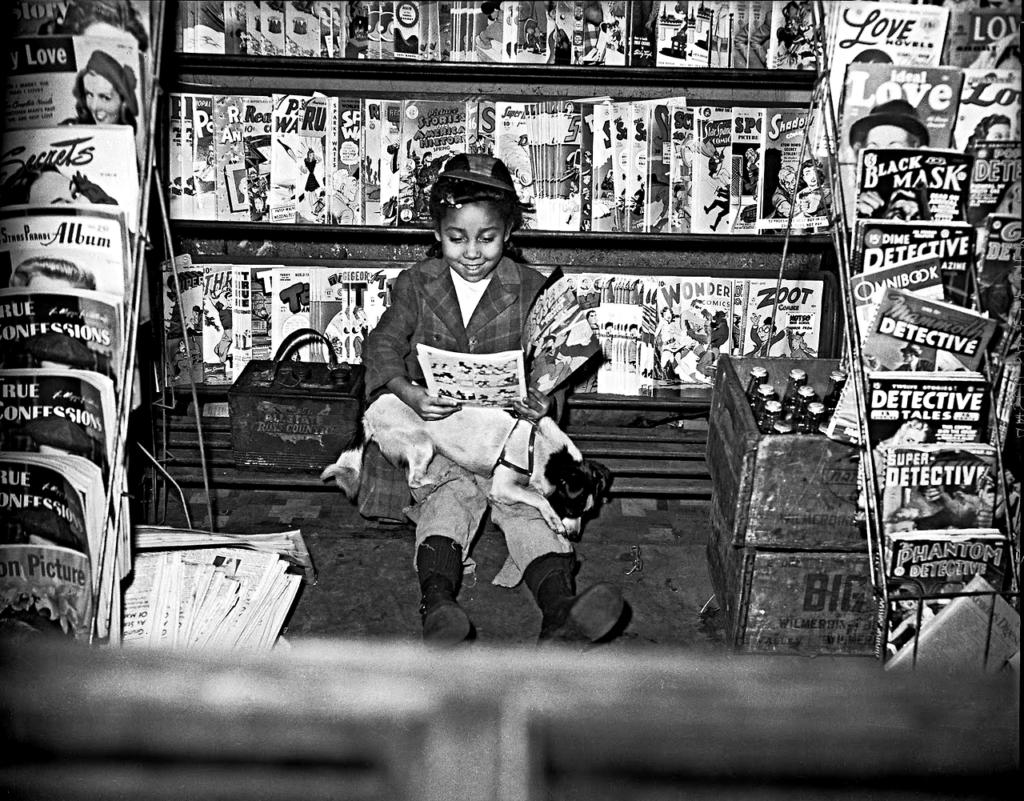 Skeme:  What titles were you first most interested in and did you have a preference of Marvel or DC?

Morbius Comics:  I’m was most interested in Amazing Spider-Man, Hulk, X-Men, Ghost Rider, Punisher. Then it grew from there. Still till this day ASM, Hulk and X-Men are my top 3 favorites.

I have to say I was never into DC growing up.  The death of Superman issues were the first DC issues I picked up. Now I can appreciate a lot of the old DC stuff especially Batman which I do collect now. But at the end of the day I’m a Marvel head! Lol

Skeme: It was definitely the same for me, with the exception of the occasional Batman or Green Lantern / Green Arrow, it was Marvel all the way. it wasn’t until later years that I started to really appreciate DC even more.

Skeme: While buying were you ever in a circle of other friends that you would trade comics with similar to how kids did with not only comics but baseball cards as well?

Morbius Comics: Unfortunately my brother and I were the only kids on our block that collected comics. It wasn’t till my late teens that I started to find other kids into comics.

Skeme:  You’ve always been a reader first but when did it start to become about collecting also and keeping things in good shape as well and realizing that there is value in these books?

Morbius Comics:  Having older brother’s helped in that area because our oldest brother would tells us to bag and board our comics and we did. We kept them in milk crates. As I became older I stopped buying conics. I started up agin in my late 20’s and that’s when I went from just reading but to a collecting mindset and understanding there’s value in comic books.

Skeme: What would you say would be your favorite title and character?

Morbius Comics: For as a title, Amazing Spider-Man and for all time favorite character, Hulk! 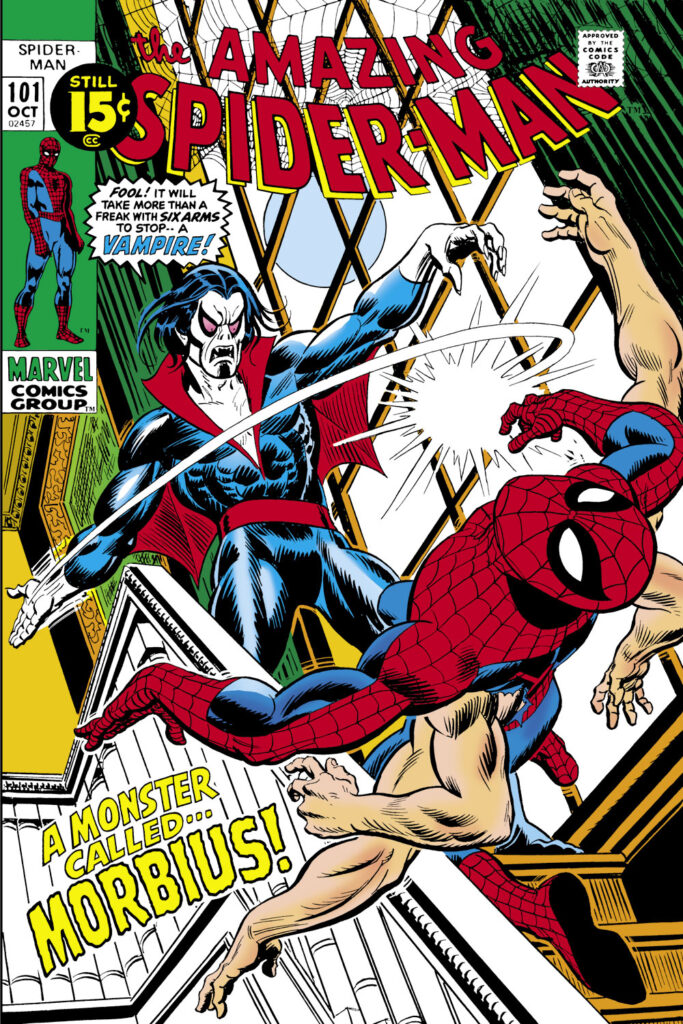 Skeme: I’ve always had fascination with certain artists like John Byrne that I would always buy books that they were involved in. How much does the artist play a roll in you picking up a title?

Morbius Comics: It plays a big role.  I collect issues of Wonder Women vol 2 because of George Perez’s amazing covers. Another example would be Chris Claremont, if his name is on it I’m buying it.

Skeme:  What would be your favorite title (or storyline) by that artist?

Skeme: As with most collectors, we spend a lot of time out in the field and even searching online for things. How much time weekly are you actively searching for stuff and do you have a preference of finding online or being out in the field at actual stores where you never know what you’ll discover?

Morbius Comics: I would say I spend a lot of time searching online from Monday-Friday and on the weekends I’m out on the hunt. Going to 4-5 different comic shops at times. As far as having a preference I would say going on the hunt and going through boxes finding gems and talking to fellow collectors is irreplaceable but I do have to say online has its perks.

Skeme: How much does being in a community of dealers, shop owners and other collectors play a roll in how you shape your collection and enhance your knowledge on collecting, grading and history of books?

Morbius Comics: I don’t know how many times I’ve brought a comic that was no where near my radar but suggested by the shop owner or another collector and the comic ends up being a great read that lead me to collect the run or the comic becomes a major key and triples in price. Not to mention all the knowledge you get from being in that community. I learned a lot about comics from taking to other people.

Skeme: What team had way too many characters in their lineup that you would have liked to see a more solid rounded group?

Morbius Comics: I’ll say the Thunderbolts they had way to many characters

Skeme: I feel like there have always been A teams, B teams and C teams when it came to comics with certain characters being recycled. If you had to rank these teams in order with A teams being the best lineup and C being the least favorite, how would you rank them?

Skeme: I have yet to meet a collector who has everything because there’s always something new to be had. What are you still on the hunt for that has been eluding you for some time now? 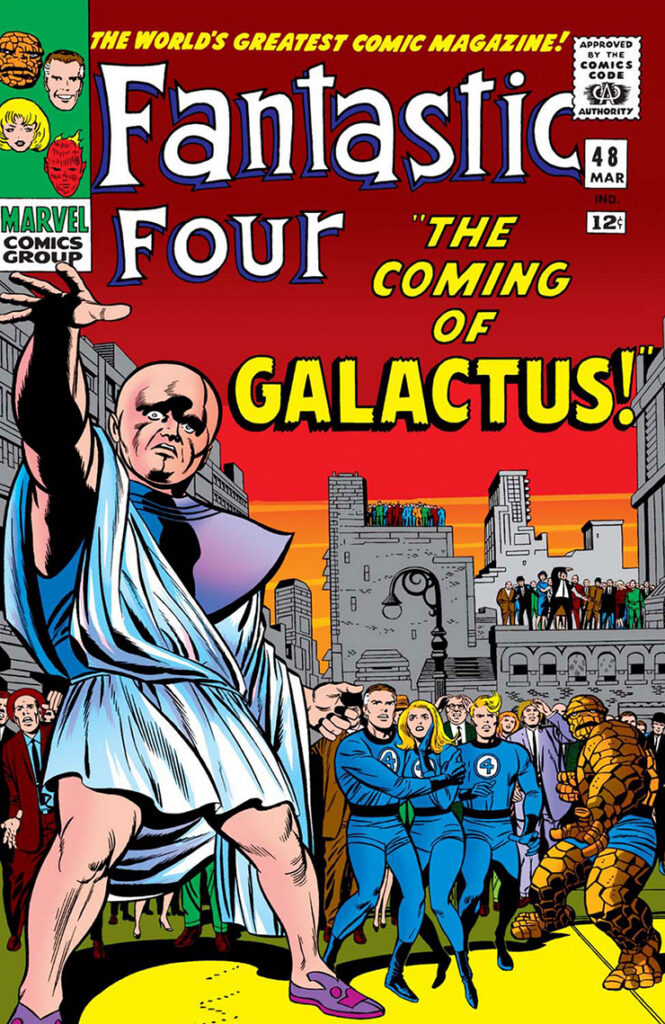 Skeme: When it’s all said and done, what do you want your collection to say about you when someone looks through it?

Morbius Comics: That I am passionate about my collection but that I am also, out of my mind!! Lol