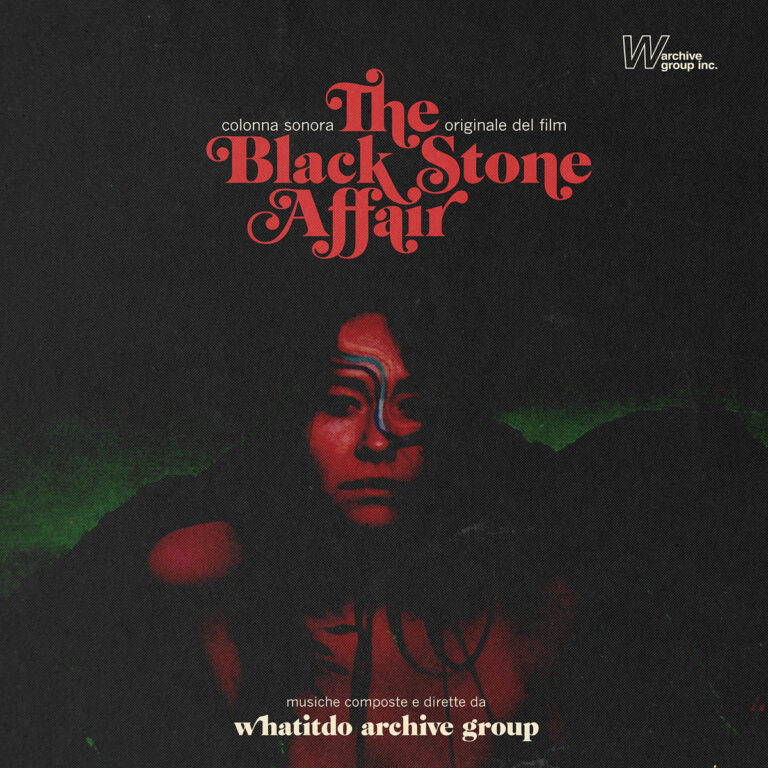 Having previously hipped you to both the lead single “The Return of Beaumont Jenkins” as well as a live video cut of “Ethiopian Airlines”, we’re pretty sure that you’re more than ready for the featured presentation and full length LP by Whatitdo Archive Group and the previously unreleased soundtrack, The Black Stone Affair. By now you should already be in the know of this lost production, the soundtrack’s master reels were recently recovered and its audio meticulously restored and remastered by J.J. Golden in Ventura, CA.

The movie itself was understood to be unusual for its time: a globetrotting adventure/western-noir written and directed by aspiring visionary, Stefano Paradisi. Unfortunately for Paradisi, the tragic loss of his masterpiece during a fire also meant the end of his short lived career in movies. People who worked on the film have been cited as saying this film was very ambitious, set to be a turning point in Paradisi’s carrier putting him on the map alongside the likes of Sergio Leone and Antonioni.

Luckily for us, we get to experience what could have been and should have been and finally is available for our enjoyment in cinematic soundtrack history, the amazing work that has come from Whatitdo Archive Group and presented by Record Kicks. Excellent work gents, this will surely be ranked in the best releases not only in 2021 but of all time!