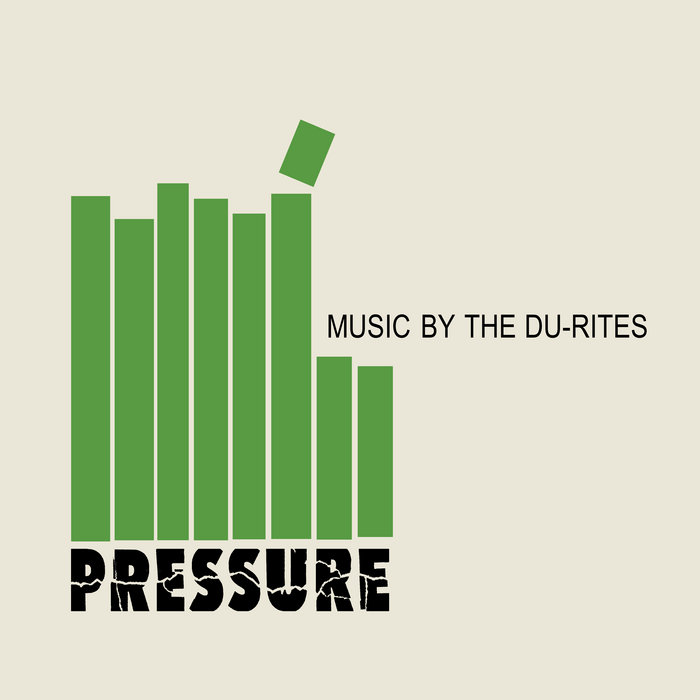 It’s 2021 and funk is still very much relevant yet there are only a handful of bands that can truly pull it off with the rawness and of an unknown local band signed to a regional independent label during the 1970’s while possessing the style and class of a polished outfit like The J.B.’s. But J-Zone and Pablo Martin also known as The Du-Rites seem to have it down to a science when bringing that authenticity to their music and why shouldn’t they? They live by the funk and if you’ve heard any of their previous albums or caught them live on stage, then you’d agree and understand why they in a sense have become keepers of the funk gate.

Their latest album (the 6th in their catalog), follows up 2020’s “A Funky Bad Time” but “Pressure” isn’t a sequel, it stands as it’s own funky excursion carrying on a tradition and lineage that began in 2016. So what’s different with the upcoming LP besides the title you ask? Everything as you know it, yet nothing should surprise you as it’s still coming from the creative duo that puts their best foot forward to give you what you need. But as they themselves state it, “Pressure is half the length but twice the density of its predecessors. Six tracks deep on wax (seven digitally), it’s more orchestrated, a bit more complex, there’s actual vocals (!) for the first time…but never, ever sacrificing grease and groove for academia.”

That sounds like the formula for a timeless album and one that obviously shows growth and diversity within their sound while standing strong on the foundation on which they’ve built. Pulling inspiration from Italian Soundtrack-style vocals and strings (think Ennio Morricone), the smoothness of Barry White, a heavy percussive, uptempo rampage that sounds like Summer in the city, mixed with the warmth of hammond grooves and bold basslines, it may sound like a instrumental gumbo but when orchestrated correctly, it’s a musical masterpiece with valleys, peaks and journeys.