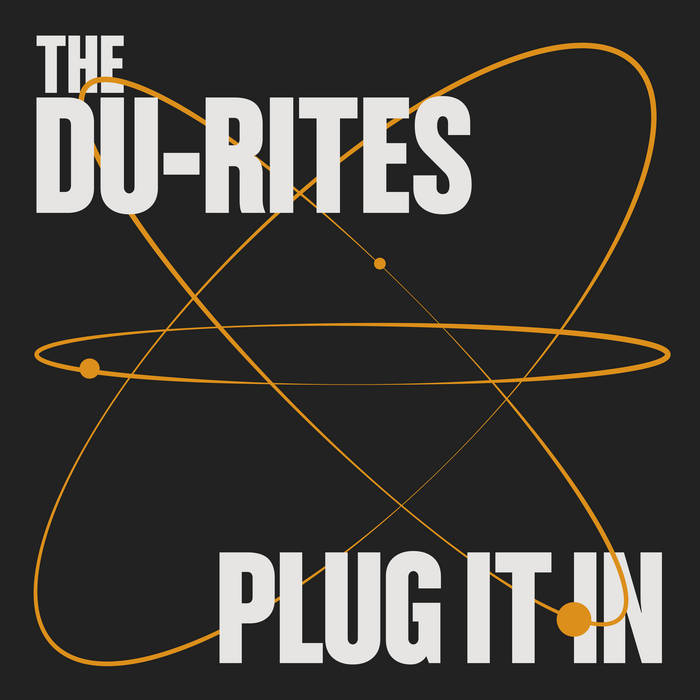 The Du-Rites – Plug It In

Most artists seem to reach their peak after their sophomore album and usually hit the sealing with fans who get stuck in nostalgia after their debut and won’t allow the artist to grow any further, but not The Du-Rites who seem to raise the bar with each outing. The new LP, “Plug It In” shows just how far J-Zone and Pablo Martin have come and where they’re going which showcases raw talent, polished just enough to give them star like qualities but still street level enough that you can catch them on the regular holding down weekly and monthly residencies performing at local venues.

Keeping the funk flowing, The Du-Rites aren’t “retro” so don’t confuse them with other bands that try to play the role because they are the real deal Holyfield. With multiple projects already under their belt in what seems like a short period of time, Plug It In is an extension of what we’ve previously heard from them but shift gears and mashes the gas to go full throttle.

“It’s not as psychedelic as their magnum opus, 2020’s A Funky Bad Time, but the title cut borrows some of that mojo to make a party-starting funk tune. It’s not as jazzy and complex as last year’s Pressure EP, but Jay’s ride cymbal grooves and the ‘60s Dave Pike influence of guest vibraphonist Tre D’Ambrocia push “Hole In The Wall” in that direction. The fusion-funk influences on “Penny Loafers” are rooted in private press releases from a decade later. The gumbo of modern and vintage influences from their 2016 debut reappear on lead single, “Bay B. MoMa,” but the groove is a lot stronger these days. The cinematic vibe of 2018’s Gamma Ray Jones resurfaces on “Tripwire,” but this time with Jay’s never-used-before kalimba as a lead instrument. Pablo’s experiments with Monotron, Vocoder, use of distortion and vintage drum machines playing counter to Jay’s drum grooves lend a fresh layer to the band’s sound, while “Funk Monk” (featuring Beastie Boys’ keyboard wizard, Money Mark) closes out the album with a whirlwind and brings it all together. Swinging, hard driving, dance floor-ready funk peppered with all the above. Then there’s “Asbestos,” the hardest-grooving tune in the band’s catalog. And it grows out of a growling, gnarly organ solo from Pablo. But it’s still trademark Du-Rites: largely instrumental funk – with occasional vocals from the band, mysterious street luminary, Broughamin Fred, and vocalist, Marianna D’Ama, who sings entirely in Italian on “Tioli” – that pulls from everywhere, but mimics nothing.”