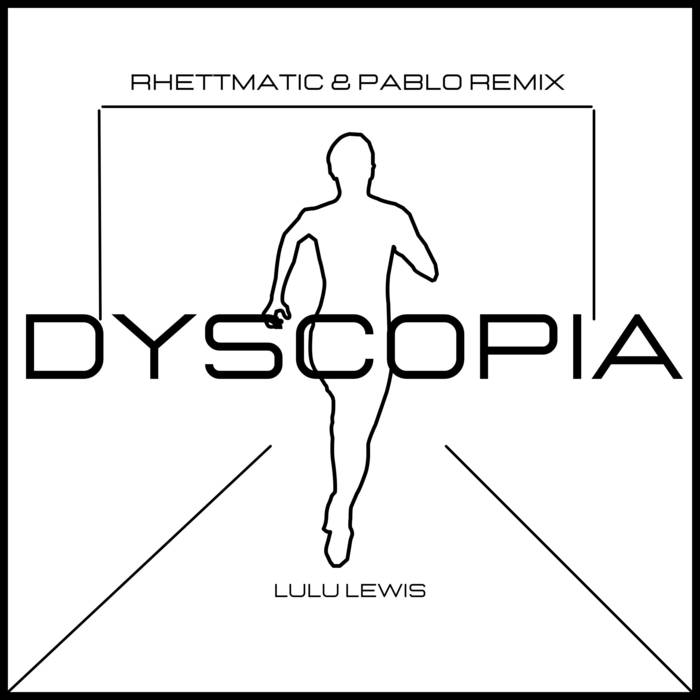 A lot of things happened creatively during the pandemic with some of our favorite artists releasing music independently as well as connecting with others to work on projects. Being able to work digitally has been a blessing especially during these times which made it possible for two of our favorite people to link up to remix the new single, “Dyscopia” by Lulu Lewis.

Remixed and flipped by the Beat Junkie homie, DJ Rhettmatic and Pablo Martin (The Du-Rites) who met via Instagram when Pablo saw one of his IG videos cutting up a Du-Rites record. Martin then reached out to Rhettmatic about working together and possibly doing a remix with him. What could possibly come out of a collaboration of two creative minds, one in the Funk world and the other in Hip Hop? Well something that none of us could’ve possibly guessed. The outcome was something creatively  different and in the same vein as Electro Funk/Latin Freestyle.

So what they came up with was the remix from “Dyscopia” and we absolutely love it! Rhettmatic took care of drum programming and scratch duties while Pablo went all out on the synthesizer to tie things together. This is a prime example of when worlds collide to creat something amazing.

Available as a digital release for now but word has it that a physical might be heading our way in the near future.