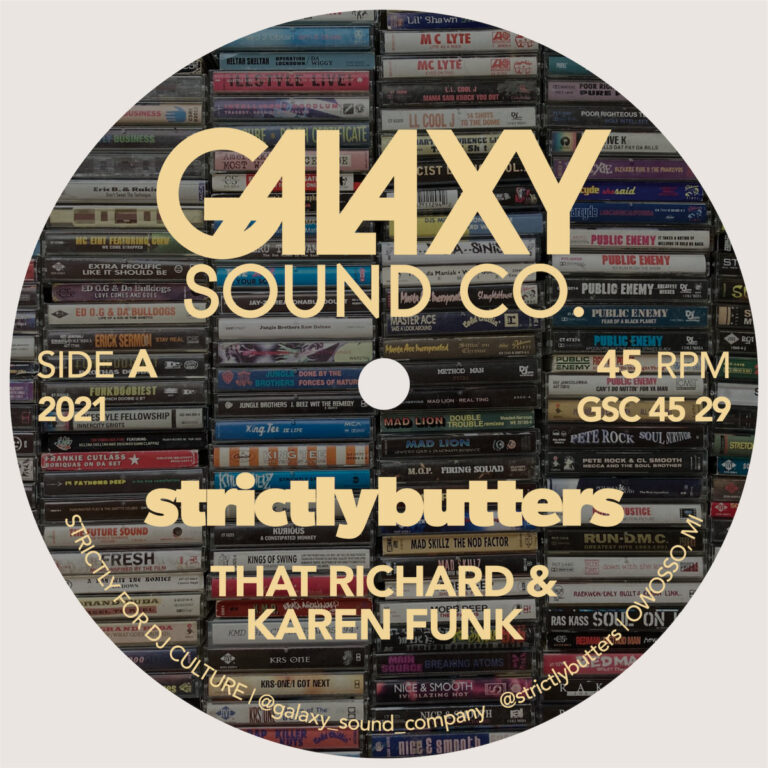 As common as it may seem, sometimes all you need is a good head nodding instrumental to get the day going but surprisingly when it comes finding one (or in this case 3) that get the job done it isn’t as simple as you think. Of course there’s quite a few Hip Hop instrumentals that have found their way on 45 that we dig but there’s something about that rawness jumping out of the SP and MPC with the addition of properly placed sound bites to give it an overall sound and feel which is exactly what StrictlyButters has done with his debut 45 on Galaxy Sound Co.

Showcasing here on his debut outing we get a 3-for-1 special with “Richard & Karen Funk”, “Wake Up” and “1 Time For ya Mind (Bang It In Ya Jeep)” where StrictlyButters goes for broke to give Hip Hop heads, beat freaks and sample fanatics as taste of the flavor which he does nicely. If you’re gonna throw an instrumental Hip Hop 45 together then do it right and give the people more than just a “kick, snare, kicks and hi-hat” (Q-Tip).

Nicely done StrictlyButters, a hat tip to you!