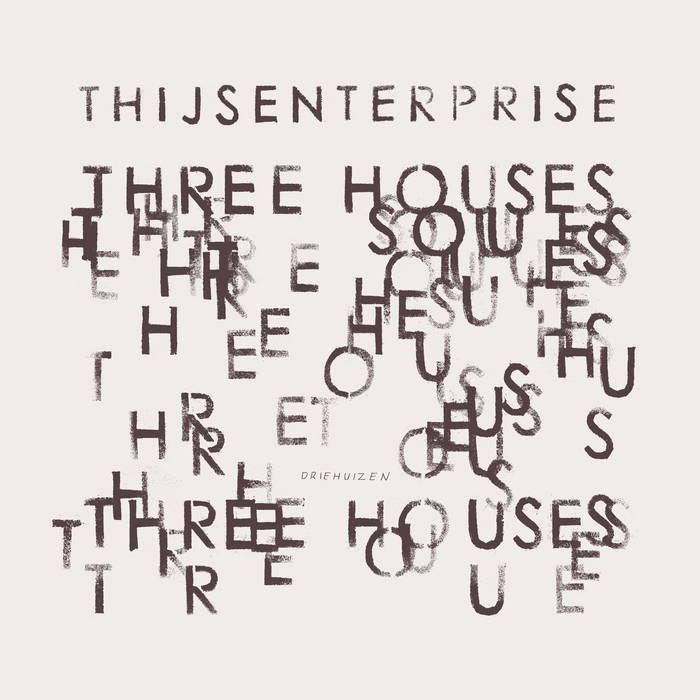 What do you get if you mix Pharoah Sanders, A Tribe Called Quest and The Contortions? The answer could be Thijsenterprise.

The Dutch, Barcelona-based saxophonist and producer impressed and loosened joints with his 2020 ‘Lahringen’ LP. On the eve of his digital and very limited lathe-cut follow up album, ‘Three Houses (Driehuizen)’, we share “Y Y Y”, a perfect slice of the bristling “headnod punkjazz” we’ve come to expect from Thijsenterprise, that kicks off fittingly with a Ratatat influenced scream.

“‘Y Y Y’ is Spanish for ‘and and and’”, Thijsenterprise tells us. “This is my philosophy for many things in life: ‘Reinier, would you like to see five saxophone players play atonal music for two hours straight in a warehouse, or go to a bar and drink gin-tonics for €3,45?’ Well, I want to cry listening to atonal music AND I want to drink gin-tonics all night AND fall asleep, drunk, listening to Pharoah Sanders preaching about love… Y Y Y.”

‘Three Houses (Driehuizen)’ sees Thijsenterprise in full force again on the saxophone, backed by a powerful rhythm section. This time though, he digs deeper for darker and more emotional melodies, playing extended solos, while also giving the clarinet a more prominent role.

The music on ‘Three Houses (Driehuizen)’ includes hints to a Tarantino movie, his hero playing sax between monkeys and elephants, an empty Moleskine to be filled with sad one-liners, and to a place in the northern reaches of the Netherlands that the album was named after. More than ever before, the collection reflects Reinier’s personality, thoughts and, in a sense, his unbalanced life.

‘Three Houses (Driehuizen)’ is released on June 16 via Rucksack Records. We are looking forward to listening with a gin & tonic in hand!