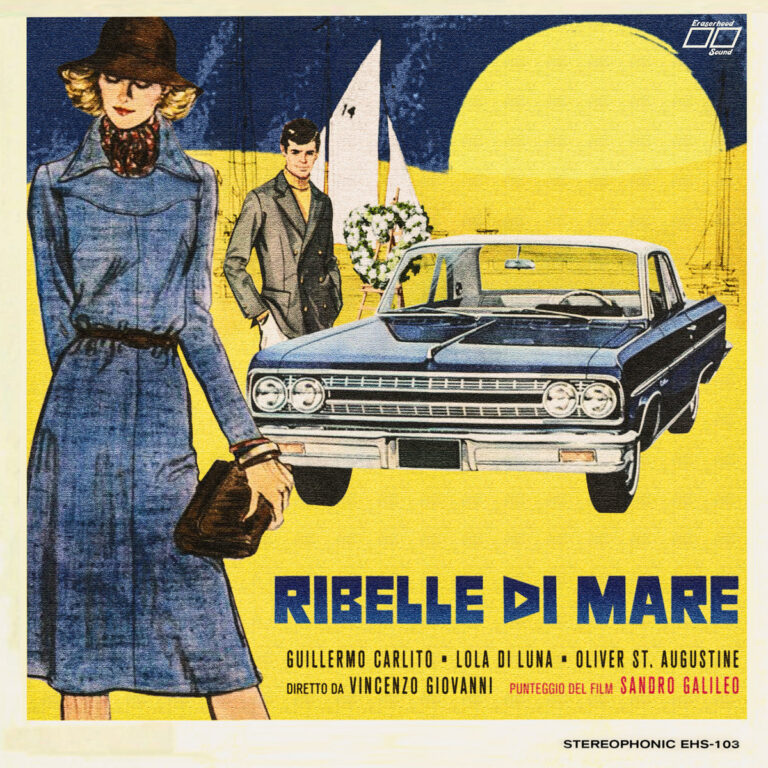 For the last couple of months, I’ve been eagerly waiting and super excited to tell you about the upcoming soundtrack LP by Sandro Galileo and Philly’s Eraserhood Sound. This release feels personal to me for two reasons, one being it’s done by someone right here in the city and I’ve been waiting for years for someone locally to create this type of music and two, well because it’s an Italian film soundtrack and you know I love soundtracks!

With that being said, the new “Ribelle Di Mare” LP is an absolute f*cking gem and if you’re a lover of Italian cinematic works, then this is right up your alley and the story behind it is even more insane.

“In the fateful year of 2020, Vincent John and Maxwell Perla of Eraserhood Sound were fortunate enough to stumble upon the score to the long-lost, never completed 1974 Italian film Riblle Di Mare. It was not long before they realized they had discovered an opus, written by legendary film composer Sandro Galileo in what was supposed to be his final soundtrack. Cruelly, the film was abandoned before it could be completed, and the ashes of Galileo’s final work were swept aside and forgotten. Until today. Eraserhood Sound is proud to present Ribelle Di Mare in all its glory, produced and performed by house band Fantasy 15 in their signature “Synth & Soul” sound. Enjoy the nine stunning tracks that follow, which range in style from dramatic Philly Soul balladry, Spaghetti Western r&b, and Italian library funk.”

RIBELLE DI MARE is the story of Massimo, a debonair man of mystery returning to his humble coastal hometown of Mercuri after years of living an indulgent, playboy lifestyle. Seeking a simpler life, he seeks to reconnect with his first teenage love, Rosalia, only to find she had died years prior in a mysterious accident at sea. Soon enough, however, Massimo is visited by his long-lost lover’s ghost. As the two reconnect and fall in love all over again, Rosalia reveals that she can only stay with Massimo on Earth for two weeks. But Rosalia makes him an offer: at the end of two weeks, he can choose to walk out into the ocean waters to die, trusting that in the next life he will be reunited with Rosalia for a blissful eternity. Or he can leave Mercuri, never to return, forgetting any memory of their love, to resume his life of fleeting pleasure and confusion.