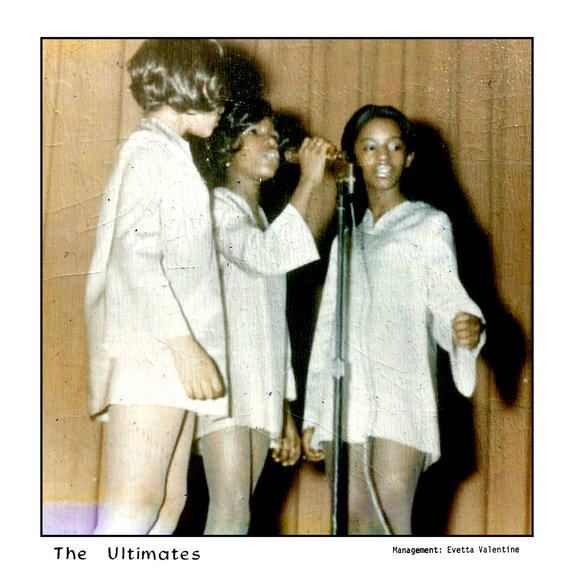 The Ultimates – Why I Love you

Philly’s Brewerytown Beats digging deep into the crates and continuing to reissue some amazing Philadelphia area music that hasn’t seen the light of day for some years or are so rare that copies only change hands every once in a while. With their latest by The Ultimates, they come correct with some amazing soul was originally only pressed in 300 copies.

Growing up in West Philadelphia, Monica Thornton, Debra Herbin, & Leona Cummings were not only neighbors, but best of friends. Monica’s Aunt, Evetta Valentine, was also on the same block, and in early 1972 Mrs. Evetta invited the girls over to sing for friends & family. Just 14 and 15 years old, the girls were a hit. Later that year, Evetta got the group, now named The Ultimates, into Sigma Sound Studios, and hired local songwriter & musician Kenneth Fuller to play guitar on a new tune he had just penned. Leading up to their session, the Ultimates practiced in Evetta’s home—still occupied by family—for weeks. Once in the studio, the group worked for an hour and 45 minutes on their single, “Why I love You,” before they realized they had only booked a two hour session. They quickly switched gears and cut the b-side, “Gotta Get Out.” in the remaining 15min. It was not the ideal way of recording a record, but Evetta felt both sides were strong enough to release.

Originally made in a run of 300, (the minimum required to press a record at Disc Makers), the record came out in late 1972. Though it found a small but dedicated audience, including Kenny Gamble at Philadelphia International Records, the record ultimately flopped. In time, however, the single, “Why I Love You,” began to make the rounds on the Low Rider scene in Southern California and found an audience. To this day, “Why I Love You” remains one of our favorite love ballads to ever come out of Philadelphia. The raw talent displayed on this record hits deep, and the constant groove riding freely in the background drives the song home.