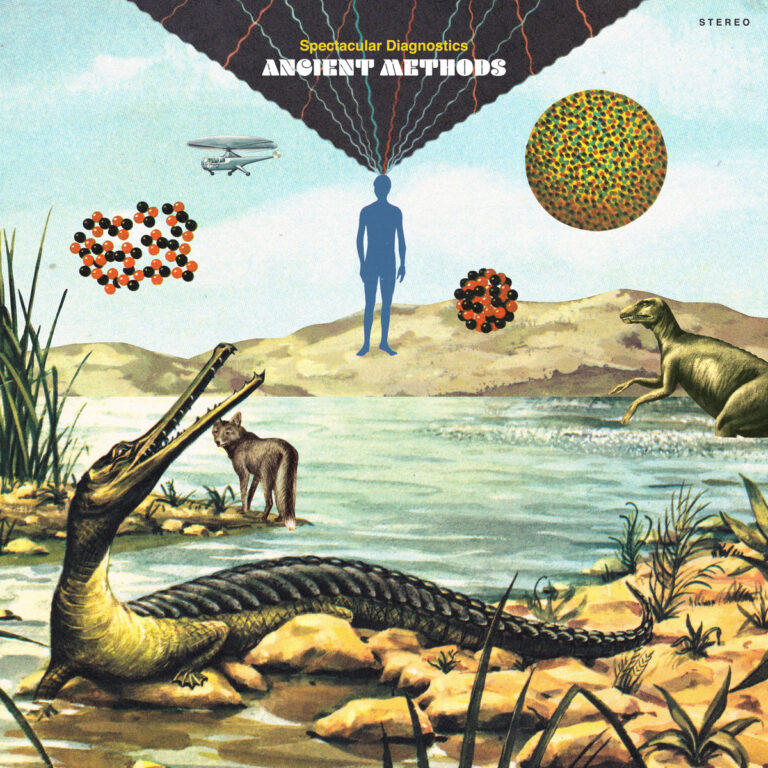 Prior to this release, I was unfamiliar with Chicago producer and beatsmith Spectacular Diagnostics but after hearing his latest release, “Ancient Diagnostics”, I was instantly intrigued and needed to hear more than just sampler heard. For house that have been following me for years, then you know that I’m all about producer based albums that are heavy on the samples and soundbites that are utilized in a unique way. Ancient Methods checks all of the correct boxes and definitely deserves a full listen especially if you’re looking for something that you’ve heard before by way of production.

On ‘Ancient Methods,’ the Chicago-based producer takes that otherworldly sample-fueled frontier even further, as suggested by vocal samples taken from Space Age-era cinema on tracks like “Countdown Clock,” “The Wall” featuring Nosaj of New Kingdom, and the album’s first single: “Raw Transmissions.”

“To me, the term ‘ancient methods’ is a reference to my process,” says Robert Krums a.k.a. Spectacular Diagnostics. “I still primarily sample from vinyl and physically dig for records. Even all the movie dialogue. So in some ways, I feel like a dinosaur in the way I work and approach my creative process.”

The back sleeve of each record features a short story by Brian Michael Murphy inspired by the music. As a media archaeologist, poet, and essayist himself, Murphy’s story adds an extra dimension to Krums’ own sonic layering: “Ancient Methods feels like the full evolution of my sound and my ability to craft a seamless record that tells a story,” adds Krums. “With that said, getting Armand Hammer and Nosaj as the guests set the tone. Their skill level and years mastering their craft is pretty untouchable.”