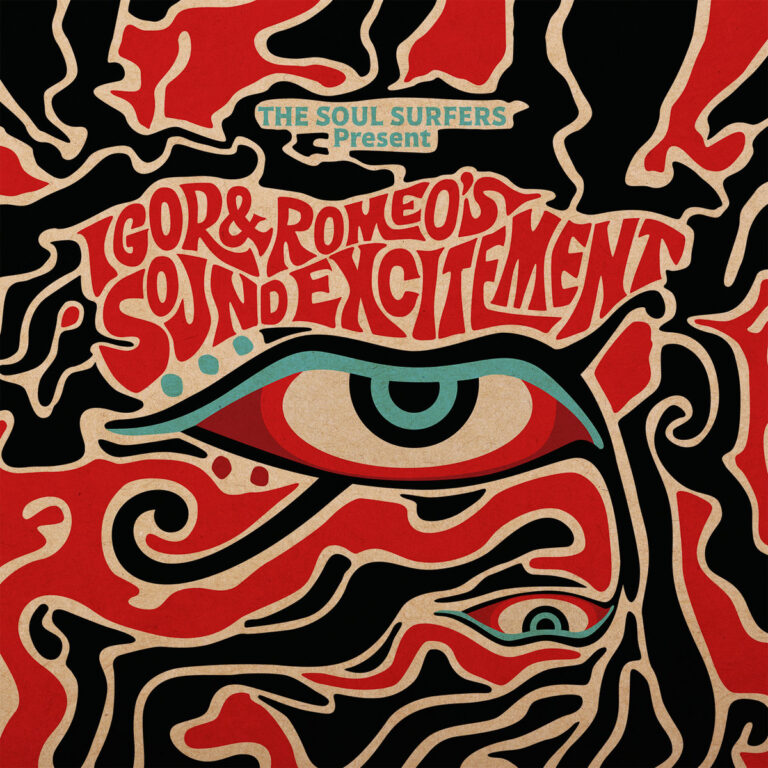 The Soul Surfers are truly one of our favorite modern day bands here at Nostalgia King who have really built up an incredible catalog in almost a decades amount of time all of which stays in our listening rotation. It’s safe to say that we were one of the first championing the band when they released their first 45 and continuing on when we toured together and played the Holy Groove Festival in Lausanne Switzerland up until the present which brings us to their latest full length release on Ubiquity Records. The Soul Surfers Present: Igor & Romeo’s Sound Excitement which is exactly what we would expect to hear as they’ve progressed and matured into the band that they’ve become..

After meeting and working with Janko Nilovic – the extraordinary French library maestro – on a new album, while traveling and performing together around the world for almost 10 years, Igor Zhukovsky & Romeo Miussky – the multi-instrumentalist production duo, and rhythm core of The Soul Surfers – were inspired to make a record of free, spiritual, esoteric sounds which blended together on tape and made Sound Excitement happen.

Drawing on their experience as soundtrack composers and using heavyweight Soviet analog equipment, including a few vintage personal instruments belonging to some legends of the Soviet leftfield music scene, Igor & Romeo started experimenting with genre-blending music. The outcome of their recordings are a mixed bag of different moods and genres.

“It’s something similar to a library record or more like a compilation of many different library records on one LP for a good decade if you know what I mean? It’s the work which we’re really excited about and excited to share with you! …oh that’s hell of a wordplay!”- I. Zhukovsky