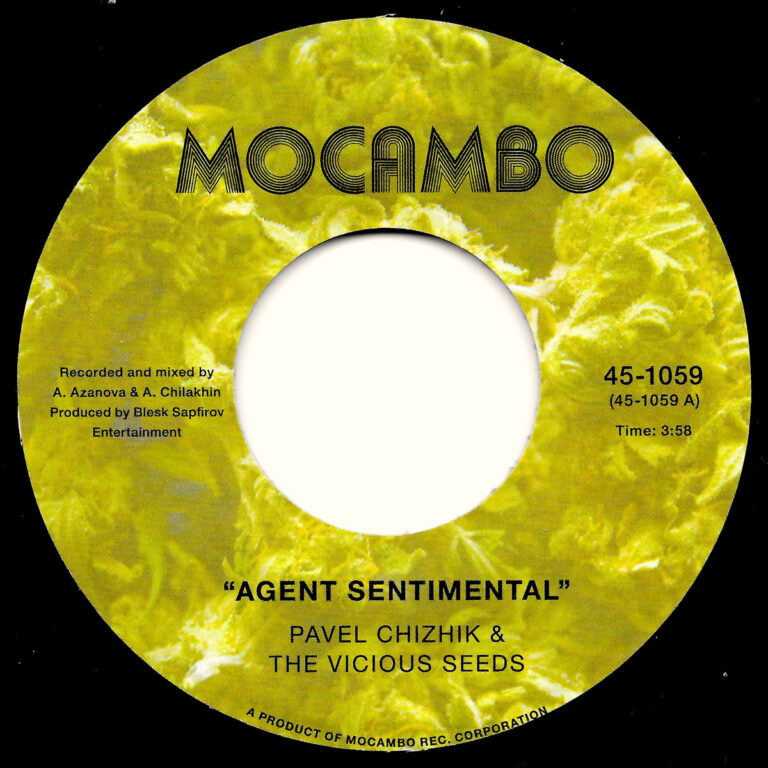 There’s not denying that there’s been some amazing Russian funky goodness coming out of that region for close to a decade now that always knocks our shoes off when we hear it. The latest release from The Vicious Seeds is just another fine example of exactly what we’ve been trying to tell people about for some time now.

Hailing from St. Petersburg and coming together in 2016, the band have been putting out 45s with their blend of raw cinematic grooves and deep funk instrumentals since 2017 and with their latest release on Mocambo Records they add an exciting new piece to the puzzle with the introduction of vibraphonist Pavel Chizhik, who adds his midas touch to the group’s well seasoned rhythm section. Reminiscent of early CTI recordings and – of course – Roy Ayers, the band delivers their own version of summer jazz dope beats, with sample-friendly drumbreaks, funky basslines, psych guitars and lush vibes.

With communication to the group largely cut off or heavily censored, we leave it to the music to do the talking and spread the band’s message. “Make records, not war”.