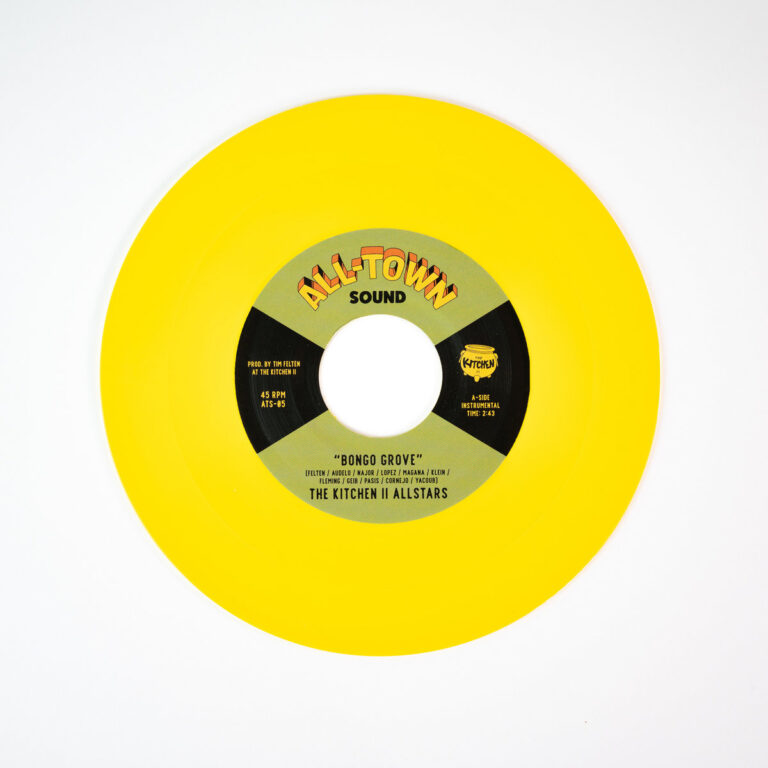 Something new comes this way from the creative minds of Sure Fire Soul Ensemble in the form of The Kitchen II Allstars, an entity comprised of members of SFSE themselves. Written and recorded during the sessions for their “Step Down” LP but not particularly fitting the scope of sound that was envisioned for the project, the handful of songs were sat to the side until now where they finally make their 7″ debut.

“Bongo Grove”, an Incredible Bongo Band influenced, upbeat horn-driven anthem. This one features Mitchum Yacoub on Bongos. On the flip side we have “Onyeabor 80” which draws equal influence from War, William Onyeabor, and Isaac Hayes. This steady groover is sure to keep the dance-floor moving! Members of The Sure Fire Soul Ensemble, Mestizo Beat, and Mitchum Yacoub exploring new tones and directions!