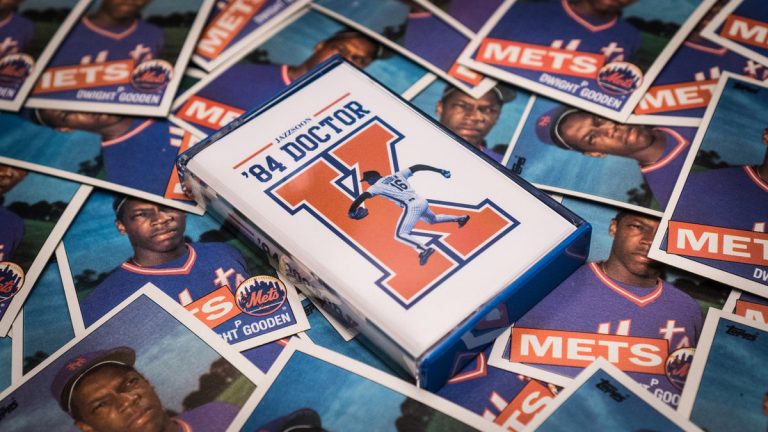 Man, I love well thought out themes and projects with a proper subject matter.  The homie Jazzsoon returns with another sure shot cassette (remember the last was filled with beats inspired by the TV series Taxi) and this time around he dedicates the beats to New York Mets’ Dwight Gooden aka Dr. K.  If you’re a sports fan, then you without a doubt know all of the drama and controversy surround Dr. K but whatever, dude is a legend and Jazzoon did one hell of a job giving him his props!

“For those die hard Mets people like myself, who know about Dwight Gooden aka Dr. K aka Doc Gooden…also know that he’s one of the best, if not the best pitcher to ever rock a gold tooth and stand on the mound.  Fuck all the bad press and B.S. they been putting the man thru. We all have our problems so on this tape we’re celebrating the greatness of the Doctor K.

He made his debut in 1984, making the All-Star Team, striking out the side in that game and winning the Rookie of the year award that season. Then in 1985, he scoops up the Cy Young award and the triple crown among other accomplishments that lead to the World Series Championship in the 1986 season!

So back to the tape filled with funky beats, a couple of appearance’s from my man Julio from up the block on the Doctor K theme songs as well as a crazy phone message from my man I am Many lol all connected together with snippets from classic interviews, games, Mets programs such as Kiner’s Corner and news broadcasts to make the tape more flavorful.

So get ready to chill pop this orange and blue tape in your deck and zone out.”

The first 50 orders receive an ’85 rookie card so head over to Strictly Cassette now.