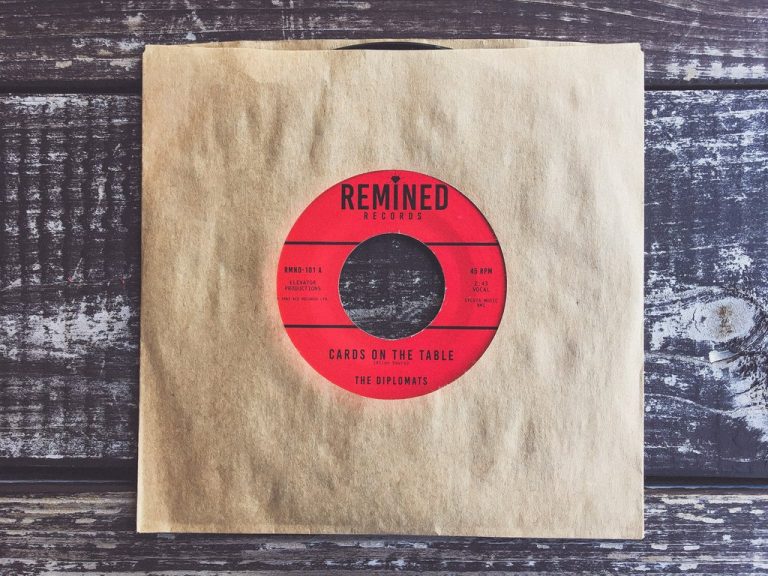 For close to 10 years now, Colemine Records has built a rather impressive discography of some of the finest slices of Funk and Soul from a host of talented new artists making their way through the industry while stacking a strong foundation of fans across the globe. In 2017 the guys from Colemine Records take a leap into a label of a different kind to show whats old is often times new again with their Remined Records imprint focusing on reissuing some very heavy and sought after tunes. For their debut, they’ve chosen a pair of gems which shows just how serious they are with the new label and I highly approve.

The Diplomats, a group that would later give rise to one of the most sampled breakbeats in history, “It’s A New Day” by Skull Snaps, are in their prime here. “Cards On The Table” is a staple in the Northern scene, but clean copies don’t come cheap! And “Don’t Ever Go” is a previously unreleased track from the group that has never been on vinyl before! Snag ‘em now, cause they won’t last!

Two cuts that have never been on a 45 before coming out of Detroit. Dave Hamilton’s production style defines Detroit deep soul. O.C. Tolbert’s version of “(Marriage Is Only) A State Of Mind” has never been released in ANY format before, so we are proud to present this lost treasure for the first time along with the killer instrumental version by Dave Hamilton on the B-side. Not to be missed!

Available for pre-order at https://www.coleminerecords.com