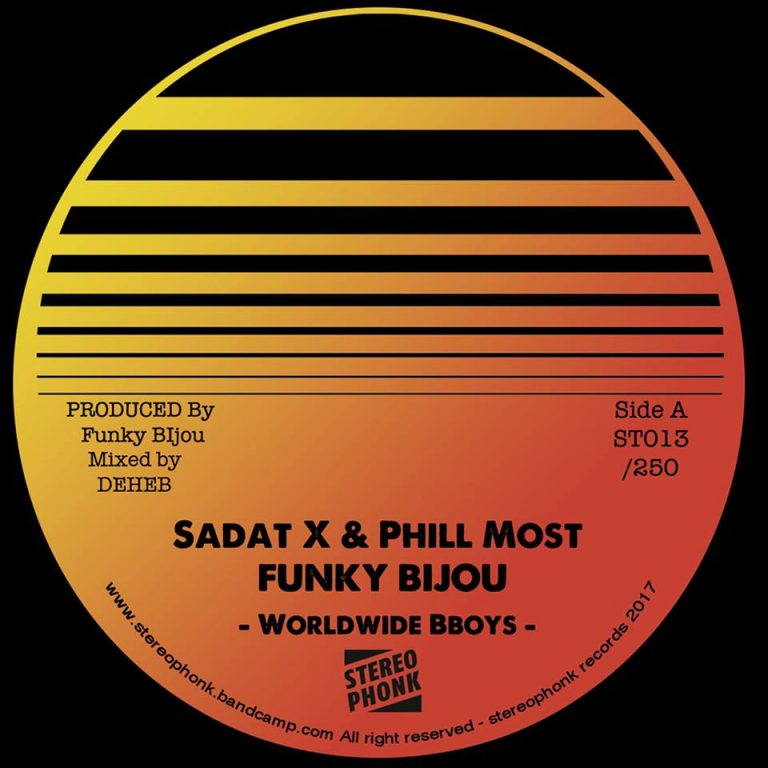 The funky fresh French duo of Funky Bijou return with their latest release paying homage to the culture with the help of two MC’s who know the history well, Sadat X and the one and only Phill Most Chill.  “Worldwide Bboys” is an A-Z encyclopedia of name drops that will give you more knowledge than any college university Hip Hop 101 class that you would spend your last dollar on.  The duo keep it uptempo on the production with slice and dice cuts on the breaks on some very familiar snippets to bring it all together.

The flip side features a remix to the Swiss garage-funk band and one that I’ve been a fan of for quite some time, Kind and Kinky Zoo who have been touring since they meet each other in the labyrinth of the Jazz Scene of Lausanne. Knowing members of the band since the beginning, their style and sound has always gotten a co-sign from me so it’ll be great to hear what spin Funky Bijou puts on it.