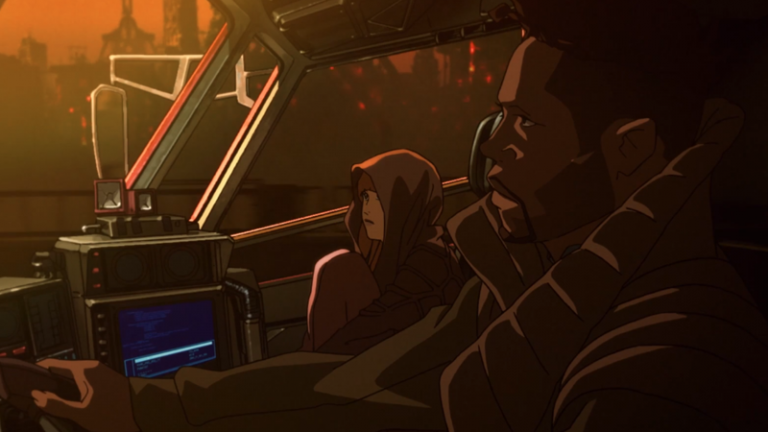 Last night streaming service Crunchyroll debuted the new Blade Runner Black Out 2022 anime which was absolutely fantastic! The animated short film was created by Cowboy Bebop director Shinichiro Watanabe and is a 15-mintute prequel which takes place three years after the original movie when replicants are blamed for an electricity failure that throws the city into chaos and before the upcoming live action film Blade Runner 2049 which lands in theaters soon.  Known for blending genres to create worlds with distinct flavor, Watanabe’s style can be seen in the likes of Cowboy Bebop’s Jazz / Western mashup or Samurai Champloo’s mix of hip-hop and Japan’s Edo period. Black Out 2022 is just about as authentic as you can get keeping the look and feel true to the world of Blade Runner and musically correct with a futuristic soundtrack provided by producer Flying Lotus.