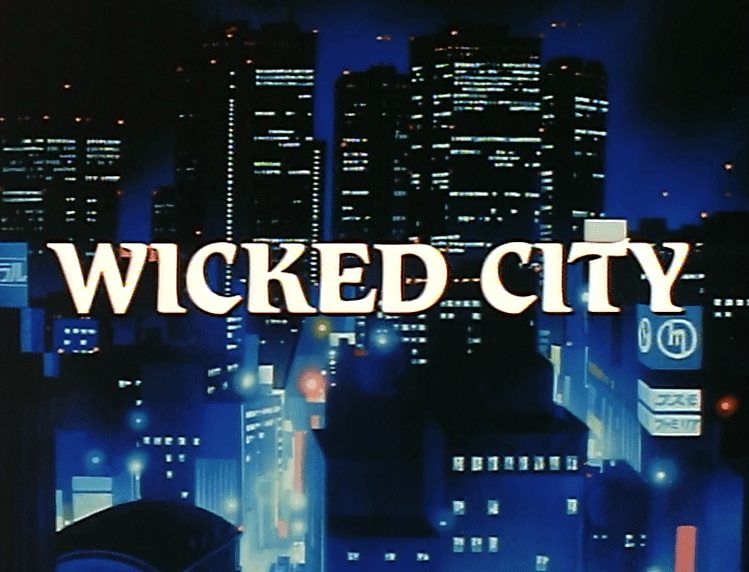 Well with the hint of a heavy snow storm blowing in and people panicking all over the place to rummaging the super markets for the last loaf of bread like it’s the end of the world, I’m locking myself in the lab with a cabinet full of rations and beer ready for the snow-apocalypse.  While gearing up for the storm, I’m preparing activities to keep me occupied and hoping some kid will knock on the door to make money shoveling my snow so that I won’t have to leave the crib but that’s not a likely scenario though.  In addition to the usual snowy day activities of playing with toys and classic video games, I’ve been in a heavy anime zone and revisiting some classics as well as some newer ones.  On deck when the first flake drops will the be the classic, Wicked City (1987).

The existence of the “Black World” – an alternate dimension populated by supernatural demons – is known to very few humans. For centuries, a peace treaty between the Black World and the world of humans has been maintained to ensure relative harmony. Both sides of the continuum are protected by an organization of secret agents called the Black Guard, specifically from a group of radicalized members of the Black World.

Renzaburō Taki, a salaryman electrical goods salesman by day, and a Black Guard agent when needed, has casual sex with Kanako, a young woman who he has been meeting at a local bar for three months. Kanako reveals herself to be a doppelgänger from the Black World Radicals, and escapes with a sample of Taki’s semen. The next day, Taki is assigned to protect Giuseppi Mayart, a two-hundred-year-old mystic who is a signatory for a ratified treaty between the Human World and the Black World in Tokyo, and a major target for the Radicals. Taki is also informed that he will be working with a partner from the Black World.